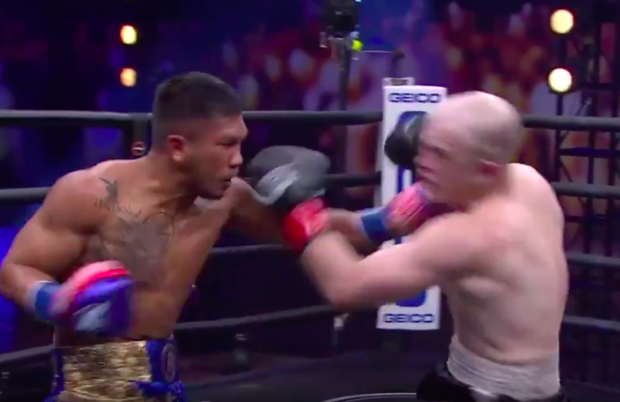 MANILA, Philippines—Eumir Marcial had a rousing debut in the professional ranks with an offensive clinic against American Andrew Whitfield Thursday (Manila time) at Shrine Exposition Center in Los Angeles.
The Tokyo-bound Marcial scored a dominant unanimous decision win in his middleweight bout against Whitfield with all three judges scoring the fight 40-36.
Marcial, wh is one of two boxers who have secured a ticket for the Tokyo Olympics, battered Whitfield throughout the bout landing 120 punches to the American’s 46.

Phone booth fighting at its finest from Eumir Marcial and Andrew Whitfield 💯 pic.twitter.com/8jXEhGMaUt