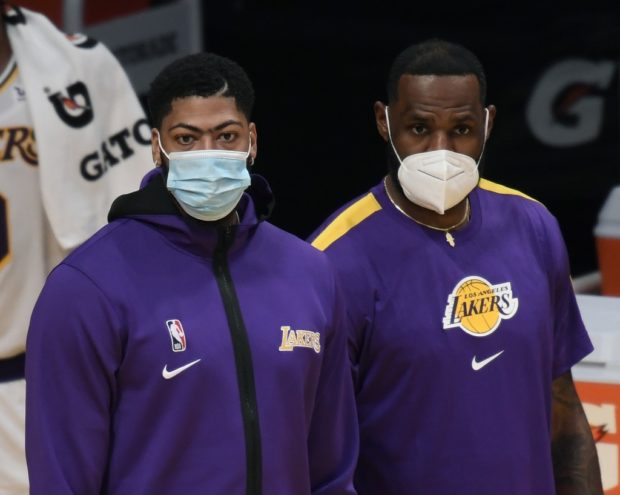 LeBron James and Anthony Davis eased into the NBA’s pre-season on Wednesday as the Los Angeles Lakers scored a 112-107 victory over the Phoenix Suns.

James, who barely two months ago led the Lakers to their NBA Finals triumph in Orlando, bagged 11 points with two rebounds and two assists during 15 first half minutes in Phoenix.

Davis added 10 points with four rebounds in 18 minutes on court. Both James and Davis were rested for the second half.