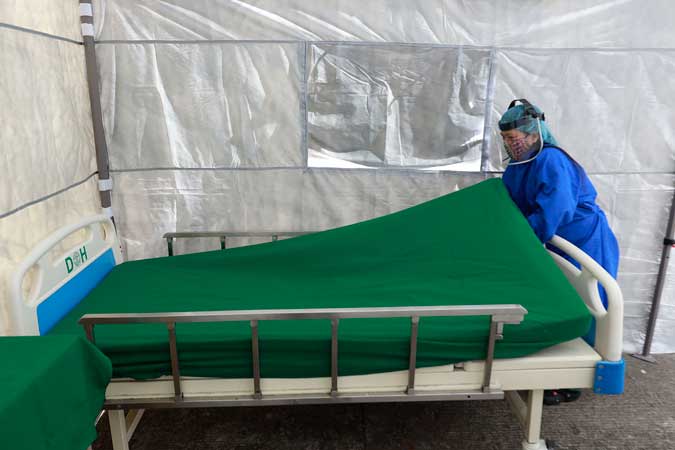 The Philippines has secured $18.4 billion in foreign loans so far to fund its fight against the coronavirus disease 2019 (COVID-19) pandemic, the Finance department said.

“As of April 28, 2021, nakautang po tayo ng a (we have secured loans) total of around $18.4 billion from external sources,” Undersecretary Mark Dennis Y.C. Joven said in a Laging Handa briefing on Friday.

Pressed for details, Mr. Joven said the government’s coffers were boosted by the recent issuance of the yen- and euro-denominated bonds.

The Bureau of the Treasury last week raised P122.4 billion (€2.1 billion) from its euro-denominated bonds that have tenors of four, 12 and 20 years.

This followed the P22.4 billion (¥55 billion) raised in March through the government’s issuance of yen-denominated bonds maturing in three years.

Mr. Joven said $16.6 billion will be for budget support while the remaining will be for project financing.

He said $6.93 billion came from multilateral sources such as the World Bank, Asian Development Bank, and Asian Infrastructure Investment Bank, while the rest came from bilateral sources ($1.32 billion) and corporate sources that bought government bonds ($8 billion).

“We purposely chose multilateral funders because the rates they offer are very concessional…Nominal rate is less than 1%, I think it’s around 0.6% to 0.8% per annum,” Mr. Joven said.

He also added the longer tenor of these loans helps, especially as the country continues to face a prolonged pandemic.

Economic managers expect the country’s debt stock to reach P11.98 trillion by the end of this year.

The government expects the deficit will hit 8.9% of the gross domestic product this year, but Finance Secretary Carlos G. Dominguez, III said they aim to bring this down to 3.5% to 4% starting in 2022. — Luz Wendy T. Noble