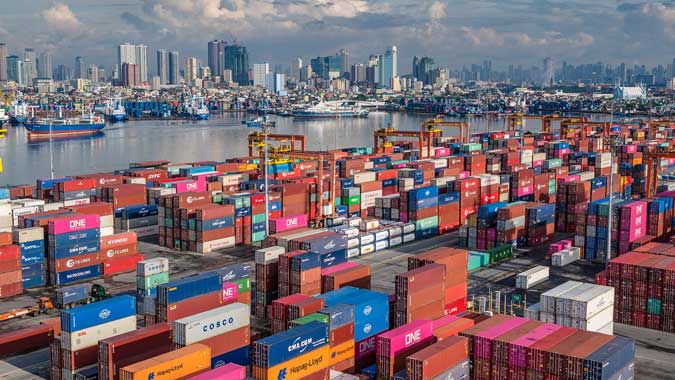 THE PHILIPPINE economy saw a decline in domestic trade activity in 2020, data by the Philippine Statistics Authority (PSA) showed.

The final results of PSA’s Domestic Trade Statistics in the Philippines released on Friday showed the total value of domestic trade declined by 29.2% to P590.66 billion last year from P834.72 billion a year earlier.

Similarly, the volume of domestic trade plunged by 37.3% to 16.23 million tons from 25.89 million tons previously.

Nine out of the 10 commodity categories monitored by the PSA reported a drop in trade value. Machinery and transport equipment — which accounted for the biggest share of trade in terms of value at 25.5%— fell 44.2% to P150.58 billion. Its trade volume also slipped by 37.4% to 1.59 million tons.

The biggest decline was observed in mineral fuels, lubricants and related materials, whose trade value decreased by 59% to P20.90 billion. In terms of volume, trade in that commodity group plummeted 81.2% to 741,826 tons.

Manufactured goods “classified chiefly by material” was the lone group that posted growth last year with 8.5% to P131.59 billion from P121.32 billion. This was despite a decline in trade volume by 47.5% to 2.89 million tons from 5.50 million tons.

Northern Mindanao was the top source of commodities in 2020, with outflows amounting to P111.64 billion. It had a domestic trade surplus of P52.11 billion.