Why Moderna’s vaccine win is a giant leap against pandemics 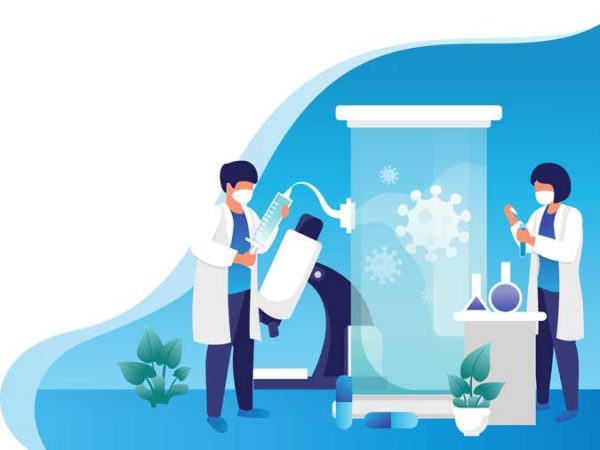 THE WORLD now seems likely to have at least two effective vaccines against COVID-19 (coronavirus disease 2019) with Monday’s announcement of positive early data from Moderna, Inc.’s 30,000-person clinical trial. The result comes a week after Pfizer, Inc. and BioNTech SE revealed a protection rate of more than 90% against disease. Moderna slightly one-upped its rivals, estimating that its shot is 94.5% effective at preventing COVID-19. Both results are highly impressive for inoculations developed at historic speed.

The second success is crucial. Manufacturing constraints mean the world needs multiple vaccines if it hopes to contain the virus. However, as promising as the vaccine news is for the fight against COVID-19, it also offers hope for our ability to respond more quickly to future pandemics. Both leading vaccines use the same promising messenger RNA technology, and their combined excellent early results suggest the world has a crucial new tool to respond quickly to diseases. Moderna shares, reflecting optimism about both its vaccine and the long-term promise of its other mRNA efforts, jumped 16% in early trading. The broader market also got a lift.

There are still unanswered questions about these vaccines. And even with two likely to become available relatively soon, the pandemic is so severe in the US and Europe, and early supplies are so limited, that they won’t help much in the near term. But there’s a reason that these shots were first, and they have provided a remarkable proof of concept for a fascinating new type of vaccine.

Messenger RNA, or mRNA, instructs cells to produce many substances that allow the body to function. These vaccines use carefully designed mRNA strands to teach cells to create a modified version of a key coronavirus protein, prompting an immune response that can fend off the real virus. They essentially turn cells into tiny drug factories. That’s a key advantage. Traditional vaccines use chunks of viruses or entire viruses that are killed or weakened, a tried-and-true process that’s often highly effective but fundamentally time-consuming.

In addition to being speedier to manufacture and develop — a feature which helped Pfizer and Moderna quickly start clinical trials — mRNA is well-suited to rapid adaptation. Instead of growing big batches of a protein or virus, drugmakers can change the instructions provided by the mRNA. That means that researchers could respond nimbly both to concerning mutations in the virus that causes COVID-19, should they arise, and that it’s an excellent platform to respond to new threats. Moderna’s result Monday was based on 95 confirmed cases, boosting confidence in the technology, and it also provided a bit of extra data Pfizer and BioNTech haven’t offered. There were 11 severe COVID cases in the trial, and all of them were in people who took a placebo rather than the vaccine, another suggestion of strong efficacy.

Some caveats remain. While neither company has reported a major safety issue so far, significantly more data needs to be collected on potential side effects, especially because the technology is novel. We still don’t know much about long-term safety and efficacy, and the technology is not in wide use. Messenger RNA is also delicate, requiring careful cold storage and handling that will complicate distribution, though Moderna’s shot is easier to handle than Pfizer’s. As for the broader promise of the technology, the successes can’t solely be attributed to mRNA magic. Years of previous work on closely related diseases such as SARS and MERS gave scientists a head start.

But with all that said, it’s hard to argue that these successes aren’t a boost to global pandemic readiness. There’s now proof that it’s possible to create a highly effective vaccine at speed, and there’s also about to be dramatically more mRNA manufacturing capacity. That means that the next time around, there’s likely to be less scrambling over limited doses. The success will prompt investment in figuring out storage problems and improving on these impressive early results.

Vaccines using mRNA are the front-runners in the race, but many other inoculations are in development. AstraZeneca PLC and Johnson & Johnson both use modified viruses to carry genetic material that prompts an immune response. It’s another approach that’s quick and adaptable, if not quite to the same extent as mRNA. They are likely to be the next to reveal data from continuing trials. The older approaches used by Novavax, Inc. and Sanofi and GlaxoSmithKline PLC may be slower and have yet to enter the final stage of testing in the US, but they can build up supplies quickly once up and running. Vaccinating the whole world will likely require all of the above approaches.

While the double dose of success from Pfizer and Moderna is great news at a time we all could use it, it’s important to remember that it will still be months before either are widely distributed. If anything, it underscores the need for effective public health measures to stop the spread. The ability to rapidly produce vaccines means many more lives can be saved, but only if countries successfully manage the difficult waiting period.