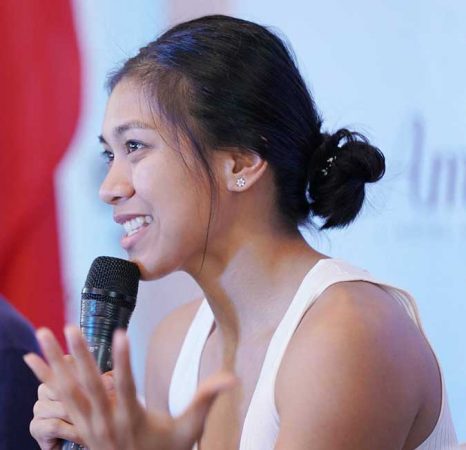 ONE of the top volleyball stars in the land, Alyssa Valdez is excited over the possible return of action in the sport after being sidelined by the coronavirus pandemic by way of the now-professional association Premier Volleyball League (PVL).

Graced the online Philippine Sportswriters Association Forum on Tuesday, Ms. Valdez, 27, joined by Ricky Palou, president of Sports Vision, organizer of the PVL, shared that it has been a welcome change that volleyball is once again being the topic of conversation after months without action and news on it because of the health pandemic.

One of the things she is excited about is playing once again for the newly recognized pro league PVL, which finally made the decision to go professional after operating as a semi-pro league for nearly a decade.

“There is added pressure, of course, but at the end of the day it pushes us more to play better because we are now professionals,” she added.

The former Ateneo star went on to say that the PVL-turning professional will be a boon to the local volleyball community as it would provide a platform for players to improve their game as well as establish a career in the sport.

“We expect the level of play to improve with the PVL-turning professional while giving young players something to look forward to after graduation,” she said.

While also preparing to get back and play, Ms. Valdez is also readying herself for her role as the president of Spikers’ Turf, the male counterpart of the PVL, which is also eyeing to turn professional.

In 2011, it turned semi-pro by welcoming corporate and non-school-based teams.

The PVL is eyeing a February or March start for its first season as a professional league.

The league, however, has asked the Inter-Agency Task Force for the Management of Emerging Infectious Diseases (IATF-EID) to allow PVL teams to start training before the year ends as part of their preparation.