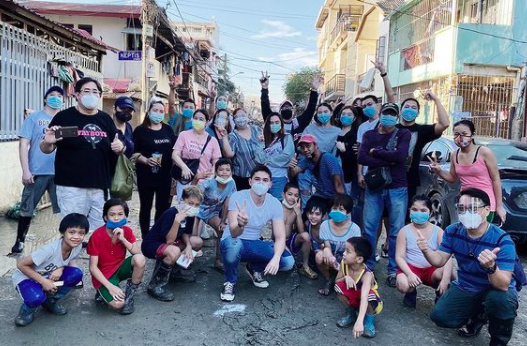 Ruru Madrid visited his childhood neighborhood in Marikina to personally provide aid to his former neighbors who were badly hit by Typhoon Ulysses.

The Kapuso actor noted that his former home along Kabayani Road in Malanday, Marikina City, has taken the brunt of some of the worst typhoons including 2009’s Typhoon Ondoy over the years.

(This is also where I grew up, learned and became strong in life. It is because we have gotten used to the hardship of life whenever a c…