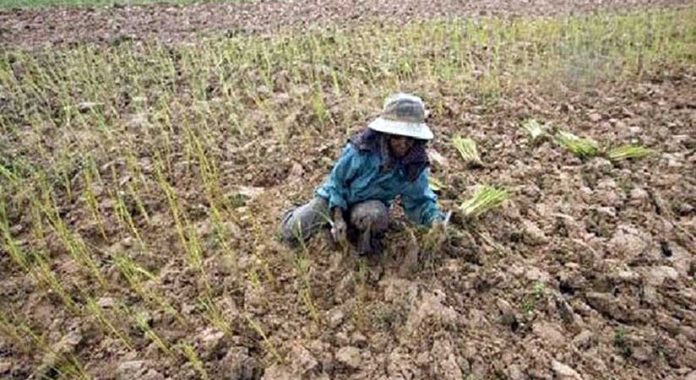 THE GOVERNMENT needs to focus rice research on rice varieties that can tolerate high temperatures in anticipation of the rise in global temperatures due to climate change, the Philippine Rice Research Institute (PhilRice) said.

In a webinar organized by the Department of Science and Technology-National Research Council of the Philippines, PhilRice Chief Science Research Specialist Norvie L. Manigbas said that high temperature stress is one of the key issues affecting rice production in the Philippines.

“If high temperature persists, which is predicted to increase by 1.1-2.4 degrees Celsius in the coming decades, future rice varieties should have the tolerance trait… heat stress can cause yield declines of up to 14% in susceptible varieties,” Mr. Manigbas said.

“I think the government should prioritize strengthening the research and development programs not only for high temperatures, but also for multi-trait abiotic stress rice improvement like drought, salinity, and submergence,” he added.

According to PhilRice, temperature in fields across the country average 35 degrees Celsius or more, affecting production.

To counter rising global temperatures, Mr. Manigbas said the adoption of cultivars resistant to high temperatures is one of the most effective measures to maintain yields, adding that output will inevitably decline if there are no improvements made to old rice varieties.

Mr. Manigbas said high temperatures during the crop’s reproductive stage can also cause chalkiness in the grains.

The chalkiness results in more broken grains during milling, which affects milling yield, quality, and price.

Manigbas said new heat-tolerant rice varieties are still being evaluated by the Department of Agriculture.

Once approved, the new varieties will be deployed to fields in high temperature areas such as the Cagayan Valley and Camarines Sur in time for the 2021 dry season cropping.

There were 312 rice varieties released in the Philippines between 1990 and 2019, with 15 new varieties set to be released this year. — Revin Mikhael D. Ochave