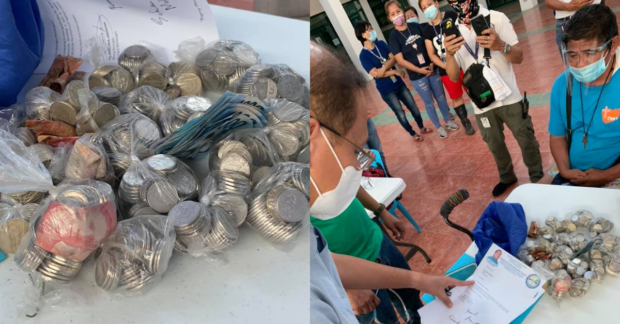 A 50-year-old man who was left disabled after suffering from a stroke has saved up the money he had collected from strangers on the streets to aid typhoon victims in Marikina City.

Romeo “Romy” Menil, a resident of Barangay Mambugan, Antipolo City, Rizal, personally went to the Marikina City Hall and handed over his voluntary donation of P12,390 to Mayor Marcelino Teodoro for families who have been affected during the onslaught of Typhoon Ulysses which caused massive flooding in the city and other parts of Luzon last week.

Menil was accompanied by a barangay official of Mambugan as he went to Marikina City on Monday, Nov. 16.