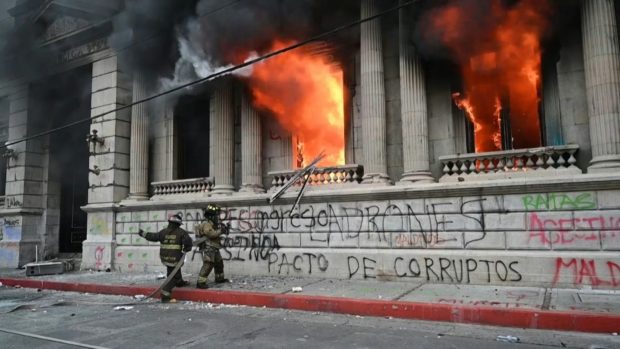 GUATEMALA CITY, Guatemala — Hundreds of Guatemalans partly burned the Congress building Saturday in a protest demanding the resignation of President Alejandro Giammattei, following the passage of a budget that has sparked outrage in the impoverished Central American nation.

The flames in the legislative building could be seen from the street in Guatemala City, and a spokesman for the Red Cross told journalists the group had treated several people for smoke inhalation.

A separate, peaceful, protest took place in front of the old government palace in the historic center of the capital, not far from Congress, also urging Giammattei to resign.