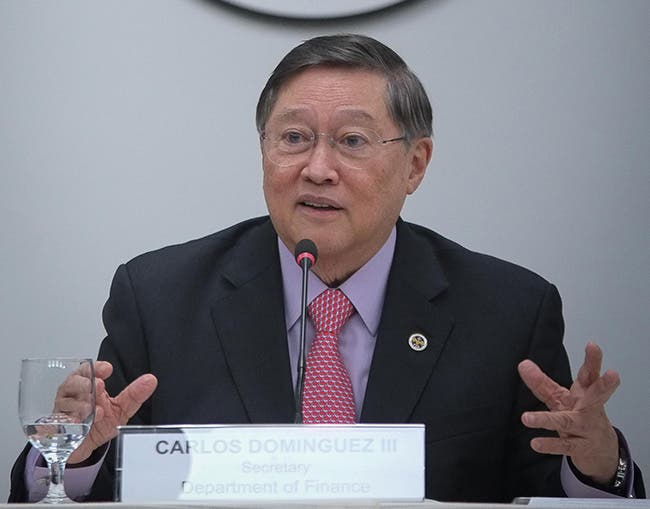 FINANCE Secretary Carlos Dominguez 3rd has asked the Department of Trade and Industry (DTI) to return to the Bureau of the Treasury (BTr) the interest earned by the Philippine International Trading Corp. (PITC) from P32.6 billion in funds to help augment the government’s coronavirus disease 2019 (Covid-19) response and disaster relief efforts.

In his letter to Trade Secretary Ramon Lopez, Dominguez said the P1.15 billion earned by the PITC from the funds it has been holding in trust as of 2019 was recorded as interest income of the state-run firm, when these should have been remitted to the National Treasury.

He said PITC’s interest earnings came from the cash and investment balances transferred by several national government agencies to PITC for the procurement of various requirements.

The Finance chief also cited a 2019 report by the Commission on Audit (COA), which found that PITC recorded its interest earnings “aggregating P581.135 million as of Dec. 31, 2019,” as the corporation’s income, “instead of remitting the same to the National Treasury.”

The COA said this practice “is not in accordance with Presidential Decree 1445 and Department of Finance Circular 01-2017,” referring to the Government Auditing Code of the Philippines and the DoF’s amended guidelines on authorized government depository banks, respectively.

SEN. Sherwin Gatchalian has sought an inquiry on the implementation of the Mother Tongue-Based Multilingual Education (MTB-MLE) to address the poor school performance of...
Read more
NEWS

- January 24, 2021 0
SEN. Sherwin Gatchalian has sought an inquiry on the implementation of the Mother Tongue-Based Multilingual Education (MTB-MLE) to address the poor school performance of...