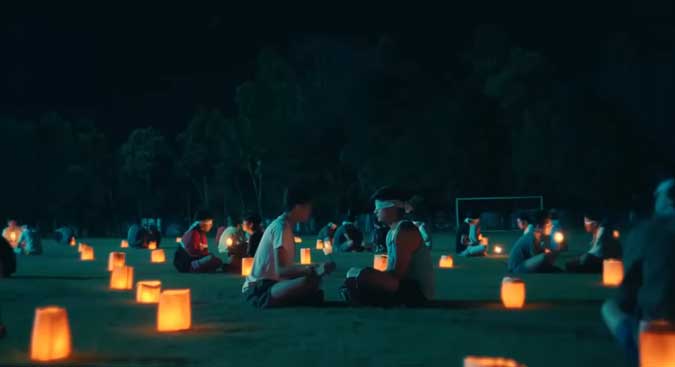 By Zsarlene B. Chua, Senior Reporter

THE YEAR 2020 has been horrible, but despite how bad the year has played out, the tiniest positive spark came from the surge in popularity of so-called Boys’ Love series and films in the Philippines, largely attributed to the popularity of quarantine-favorite 2Gether: The Series, a Thai series about teenage boys falling in love.

It was a triumph for those in the LGBTQ+ (lesbian, gay, bisexual, transsexual, queer, etc.) community because they finally “felt seen” and that their “stories are finally told and heard,” as the film’s director Dolly Dulu said in her acceptance speech when The Boy Foretold by the Stars won Second Best Picture at the Metro Manila Film Festival awards on Sunday.

The Boy Foretold by the Stars is a coming-of-age romantic drama between Dominic (played by Adrian Lindayag), an effeminate gay teenager, and Luke (Keann Johnson), the school jock getting over a heartbreak, set in an all-boys Catholic school and a school-sponsored retreat program.

The story is full of romantic tropes: meet-cute, budding relationship, conflict, and resolution, but while the film is formulaic, it makes up for it with the purpose of sincerely trying to deliver a love story between teenagers.

What I did like about the film is that while set in a Catholic all-boys school, this was not used to demonize the religious institution or homosexuality but rather opens it up for discussion — one scene tackled the “homosexuality is a sin, the Bible says so” argument in one class but the teacher, a Brother, argued that the Bible’s teachings are open for interpretation.

The chemistry between the leads felt genuine and you can feel how their characters fall in love with each other, slowly but continuously, through small talk, with a push from fate here and there.

There’s a psychic who tells Dominic that he will meet his destined love in a week while Luke bases most of his decisions on a flip of a coin. But at the end of the film, they both finally break free from fate’s shackles and do what they want to do. It is a bittersweet moment.

The Boy Foretold by the Stars is a film for those who have been looking for a film that represents LGBTQ+ falling in love and not just relegated to the sidelines as the best friends of the straight leads. And it’s a film for everyone who is looking to relive their highschool days while regretting that their highschool love stories were not as magical as this one.

Because of the coronavirus disease 2019 (COVID-19) pandemic, the Metro Manila Film Festival is being held online, with the entries screening via Upstream.ph. The festival is ongoing until Jan. 7.

COVID is keeping us in our homes, but what makes working there a success or failure?

By Abbas Shieh and Robert Freestone/The Conversation The Industrial Revolution transformed cities, resulting in places of residence and work becoming more distant than ever before....
Read more
NEWS

While these findings don’t indicate the need for a new vaccine to address the emerging variants, Pfizer and BioNTech are prepared to respond if...
Read more

COVID is keeping us in our homes, but what makes working...

BusinessWorld - January 28, 2021 0
By Abbas Shieh and Robert Freestone/The Conversation The Industrial Revolution transformed cities, resulting in places of residence and work becoming more distant than ever before....

COVID is keeping us in our homes, but what makes working...