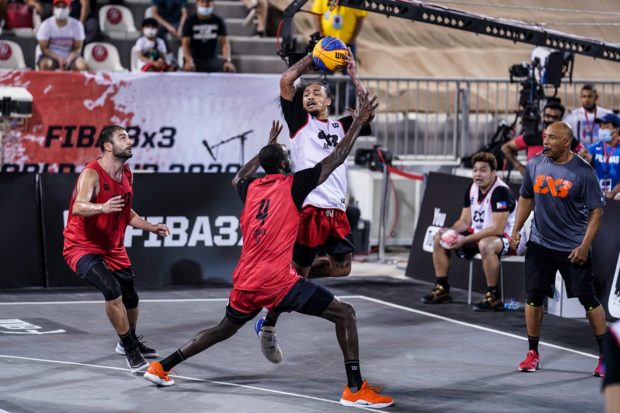 MANILA, Philippines—Manila Chooks TM failed to advance to knockout stage after losing two games in the group -phase of the 2020 Fiba 3×3 Doha World Tour Masters Friday ay Al Gharafa Sports Complex in Qatar.
The Philippine representatives fell to world no.1 Liman 15-22 (7:38) in its first game and failed to secure the victory against home team Lusail, 14-19.
Lusail’s victory was considered an upset as the Doha team is unranked but it had 6-foot-10 giant Souley Ndour who had his way underneath with 10 points and seven rebounds against Manila.
Chooks TM’s smaller size, with Troy Rike the tallest at 6-foot-8, proved to be disadvantageous with Lusail fielding in 6-foot-7 Senegalese Ous…