Filipino Live Keeping you up to date with the latest news, opinions, headline, stories, trends & more in the country. Browse the site for up to date information on national, regional and world wide happenings from politics, business, economy, finance, sports, movies, lifestyle, travel, events, food and a lot more
Home NEWS Jamir, Slapshock, and the triumvirate: Philippine nu metal scene loses a trailblazer 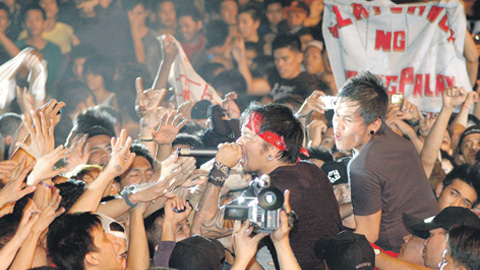 MANILA, Philippines — For kids well into the ’90s and early 2000s local rock and metal scene, the untimely death of Slapshock frontman Jamir Garcia is a sad news to bear with.

But no amount of condolences and prayers can actually explain how big Garcia and Slapshock were to the local scene, and to people whose lives they touched.

Not because they got into a variety of projects with other Southeast Asian bands. Not because they were the first Filipino band invited to play in the Dubai Desert Rock Fest, where other well-known bands come to play.

It’s because they are rarely widely-appreciated for their biggest contribution: being a part of a triumvirate that signaled the gro…