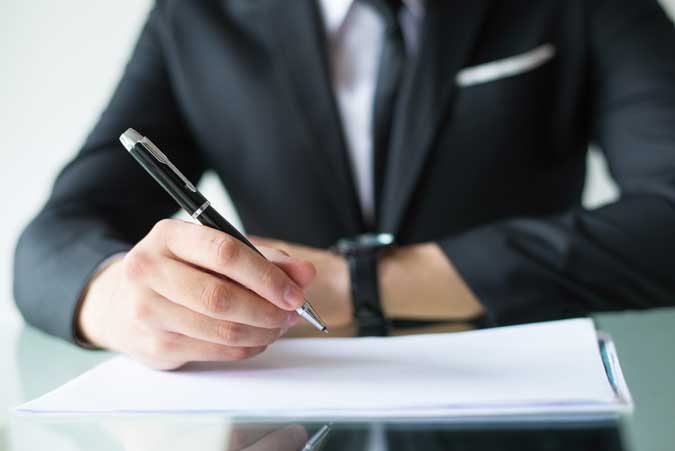 In recent political history, I can recall two businessmen who tried their luck in winning the presidency, and both had failed: Eduardo “Danding” Murphy Cojuangco, Jr. in 1992, and Manuel “Manny” Bamba Villar, Jr. in 2010. Both ended up third in their respective presidential races. Cojuangco came behind Fidel Ramos and Miriam Defensor Santiago in 1992, while Villar came behind Benigno “Noynoy” Aquino and Joseph “Erap” Estrada in 2010.

Both had been seen as strong contenders shortly before the elections. They also both had political machinery as well as campaign financing. But neither seemed to enjoy strong popular support or the youth vote, although their candidacies appeared to have been well-received by business circles, and, perhaps, to some extent, the upper- and middle-classes.

While deeply involved in business, Danding Cojuangco was no stranger to politics. He was Tarlac governor from 1967 to 1969, and then congressman for Tarlac’s 1st district from 1969 to 1972. And then, there was his close relationship with the late President Ferdinand Marcos from 1965 to 1986. During this period, he also served as Philippine ambassador to the United States, and made major contributions to Philippine sports.

Manny was a sitting senator when he ran for president in 2010, while Danding had been out of politics from 1986 to 1992. Danding also had to put up the Nationalist People’s Coalition (NPC) to serve as his party for 1992, while Manny had helped revive the old Nacionalista Party (NP). Danding was actually with the Nacionalista Party in 1968-1991 until he ran for president in 1992 under his own NPC. Manny ran under NP in 2010. I believe he remains party president to date.

It is interesting to note the seeming lack of presidential success of both Danding and Manny, as it adds to the argument that perhaps businessmen may not have what it takes to win the presidency. In Manny’s case, however, he was actually at the peak of his political career when he ran for president. This was not the case for Danding.

To their credit, however, while they didn’t get elected president, both appear to have ended up wealthier and even more influential in business and politics after their failed bids. They became kingmakers instead. Danding didn’t run for political office again after his 1992 bid, while Manny exited politics after ending his term at the Senate in 2013. Danding’s children, Mark and Charlie, have both dabbled in politics. The same goes for Manny’s wife and children.

There is talk now that Danding’s business “successor,” Ramon See Ang, may be joining the 2022 race, to run either as president or vice-president. He has denied this, of course. And, it may seem illogical for one like him who is deeply involved in running a major business conglomerate like San Miguel Corp., to give up all his business concerns to be in politics.

Moreover, while he may have links to Danding and the NPC party and its members, Ang has never been in politics himself. His entire life has been in business, and, now 66 years old, he is more likely thinking of quiet retirement by the time he gets to 70, rather than getting into the messy world of Philippine politics.

By 2022, Ang will be 68 years old. Any man — or woman — in Ramon Ang’s current business situation will be crazy to set aside everything to run for the presidency. Just crazy. That is, if one has nothing more to prove in business; and, is perhaps considering “public service” as the next chapter in a long and very fulfilled life. In short, it is now time to start giving back.

Under Ang’s watch, San Miguel Corp. has gone on an expansion binge like no other, diversifying from food and beverage and getting heavily into power and infrastructure. Who would have thought that a brand like San Miguel would actually move on from beer and food to tollways, railways, power generation, and international airports?

Ang, or RSA, is definitely “in the zone” now and is having his “moment.” Since the pandemic started early this year, the “RSA” brand as well as the San Miguel brand has been “out there” for all to see, revealing plans and programs one after another that all aim to support national development or nation-building, with consumers as the ultimate beneficiaries.

In short, RSA’s and San Miguel’s efforts to help support the economy in these trying times appear to be more evident now, along with his seemingly unwavering confidence in the country’s future. It appears he is being positioned like the late Franklin Delano Roosevelt or FDR with his own version of the “New Deal” by using massive infrastructure projects to boost economic activity during difficult times.

FDR was first elected US president in 1932. He took office in the midst of the Great Depression. As he started his presidency, he pushed for federal laws and issued executive orders to implement his so-called “New Deal” — government programs “designed to produce relief, recovery, and reform.” These programs included big public works projects that created jobs. FDR used the government to boost economic activity. RSA, in his own way, is doing the same thing but using San Miguel Corp.

Improvements in the economy from 1933 to 1936 were said to have allowed FDR to win reelection in 1936. He was reelected to a third term in 1940, just before the start of World War II, making him the only US president to serve for more than two terms. He won again in 1944, but failed to finish his fourth term because of an ailment. He died in April 1945, less than three months into his fourth term. It was only after his presidency that the US Constitution was amended to impose the presidential term limit of two four-year terms.

While the pros and cons of FDR’s New Deal has long been debated, and whether or not the massive public works undertakings actually helped revive the US economy at the time, there is still no doubt in my mind that his New Deal and how it was perceived by ordinary people — the voters — were enough to win him reelection in 1936 and in 1940.

Can RSA do the same?

The Philippine economy’s situation and condition is very different from how it was in 1992, when Danding ran, and in 2010, when Manny ran for president. In my opinion, conditions today and how they are perceived by voters may be more similar to how they were during the Great Depression. The global economy is in the doldrums, and the local economy needs a major boost and new approaches to boosting activity and growth.

In short, our timing and situation now appears to favor the election in 2022 of a business-person who knows his or her way around politics, and can work with and around the government to deliver effective results. Perhaps, now is the time to start looking for a qualified Chief Executive Officer and not just a Chief Executive and Commander-in-Chief.

Perhaps 2022 would have been a good time for one like Danding to present himself as an option. But Danding’s time has come and gone. Manny Villar will be 73 come election time in 2022. Perhaps he will no longer be up to the challenge of seeking the presidency anew. Ramon Ang will be 68. But, at the rate they are going now in their respective businesses, both seem ready to take on more challenges still. So, we may yet see a businessman as a candidate for president in 2022.

Marvin Tort is a former managing editor of BusinessWorld, and a former chairman of the Philippines Press Council

MANILA, Philippines--Vanessa Sarno caught the attention of Hidilyn Diaz five years ago when, as a 12-year-old newbie, she would train and walk around barefooted. Having...
Read more