Can I talk with you? 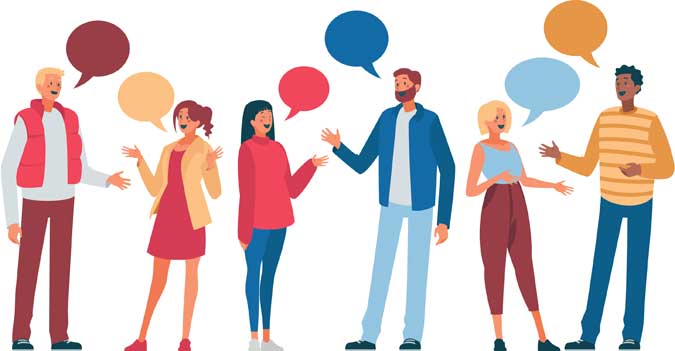 GETTING to talk with anyone powerful for anything, even if only to ask for information (Are you free Tuesday?) is hard enough with social distancing and working from home. Gone is the casual bumping at the office corridor to casually invite for coffee.

With the face mask on, one is not even sure who’s asking.

Powerful people who are able to dispense favors with no cost in terms of personal inconvenience, requiring sometimes merely the nod of the head, are used to fleeing away from petitioners out to get something, often for nothing. (I was your neighbor when you were poor.)

Alpha males or females are not used to being accosted for favors — talk to my staff. They abhor unwanted intrusions. Anyone bold enough to suggest a Zoom meeting next week is avoided, when an unwelcome request is suspected.

Like planes at an airport, Very Powerful People (VPP) are anxious to flee the presence of peasants. This pattern of flight and avoidance takes many forms.

The most common strategy is continued unavailability. There are a variety of excuses generated by the gatekeeper. A partial list includes the following: he just stepped out; stuck at a long meeting; abroad; tested positive for COVID-19; or has been mugged by a cell phone thief.

With the elimination of the intermediary in this digital age, the appointment-maker can opt for the direct approach. He messages directly to set lunch. This is ignored with no acknowledgment.

The persistent petitioner will try again and again. The constant rejection is really a coded message for “go suck your toes.” No reply is really needed. An emoticon will do.

If the meeting does finally take place, maybe with the nudging from an intermediary who cannot easily be ignored or turned down, the strategy needs to change.

A lunch is fixed finally. The invitee comes late and offers an apology for having been tied up at an earlier brunch with someone too important, even for him. He drops a name. (Do you know him?) He then looks at his watch and pleads to leave early to catch another meeting. Between ordering soup and skipping dessert (I’m on a diet) — nothing much is taken up beyond securing the order for lentil soup and kani salad.

Should the evasive one bump into the favor-seeker at a social event or seminar, the chances for escape are limited, but not unavailable. After some pleasantries, Mr. VVP may offer to meet again with the person he has been studiously avoiding — after this conference. He provides some vague and distant point in the horizon — maybe three weeks away, “when I get back from Amanpulo — they have a promo, only P500,000 for one night.” Please coordinate with my grouchy EA on the exact date. She’s usually unavailable to take calls. And she barks like a seal.

Should such elaborate subterfuges even be necessary? Isn’t it better to manfully meet the person or simply give a categorical rejection of the request? Who knows? This perceived petitioner may actually be offering some good business prospect like a free swab test. A short meeting or even a phone conversation may be enough to get over the ordeal.

Turning down an unpleasant meeting should be straightforward. The pretense of setting a date intended to be broken just a day (or three hours) before is cruel social punishment. It’s not civil. In due time, the petitioner will get the message that no meeting is forthcoming, but with a lot of bitterness over what he was made to go through.

What if in the future the roles are reversed? Maybe it’s his turn to be a speaker.

When the time comes that the favor seeker is at the other end of the power seesaw, he will remember the suffered slights. There is no need to remind the former tormentor of his previous “hide and seek” strategy. It is enough to put him in his place. Can you see me? I’d rather go to the dentist for a root canal.

People used to being chased, including love objects, forget that power can be fleeting. There’s no harm in having coffee with someone with an agenda. You don’t even have to finish the cup when you change the subject — have you read Kafka?