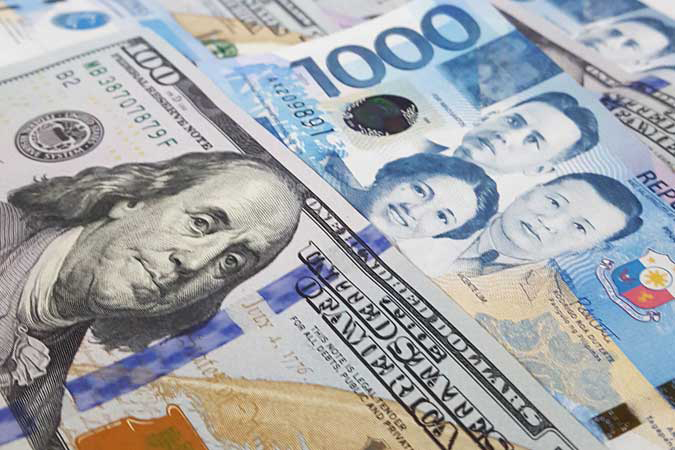 THE PESO strengthened against the greenback on Tuesday, its last trading day for the year, backed by year-end flows and positive market sentiment on the legislation of the 2021 budget.

The local unit ended trading at P48.023 a dollar, gaining 3.20 centavos from its Monday close of P48.055, data from the Bankers Association of the Philippines showed.

President Rodrigo R. Duterte signed on Monday the 2021 national budget, which is 10% higher than the P4.1-trillion programmed for 2020. Next year’s budget will continue the government’s aggressive infrastructure drive in a bid to support economic recovery. The program also allotted P72.5 billion for the purchase, storage, transport, and distribution of coronavirus disease 2019 vaccines.

In 2020, the peso’s strength was boosted by market sentiment on the accommodative stance of the Bangko Sentral ng Pilipinas (BSP), the trader said.

“The local currency’s appreciation was supported by the aggressive policy rate cuts, accommodative monetary policy and various lending programs from the US Federal Reserve, which has caused substantial depreciation on the dollar,” he added.

The BSP slashed rates by a total of 200 basis points this year to provide support to the virus-stricken economy. This has lowered the overnight reverse repurchase, lending, and deposit rates to record lows of 2%, 2.5%, and 1.5%, respectively.

“Relatively slower recovery in imports that resulted in a narrower trade deficit led to the relatively stronger peso in the recent months,” he said in a text message.

Latest data from the Philippine Statistics Authority showed the trade deficit stood at $1.777 billion as of October, lower than $1.783 billion in September and the $3.573 billion seen a year ago. This came after imports shrank for the 18th straight month by 19.5% to $7.979 billion. — Luz Wendy T. Noble

(Eagle News) — The mother and the girlfriend of the Quezon City resident who was found positive for the UK COVID-19 variant upon arrival...
Read more
NEWS