3 cops, wife of one of the policemen nabbed for P2-M extortion try in Albay 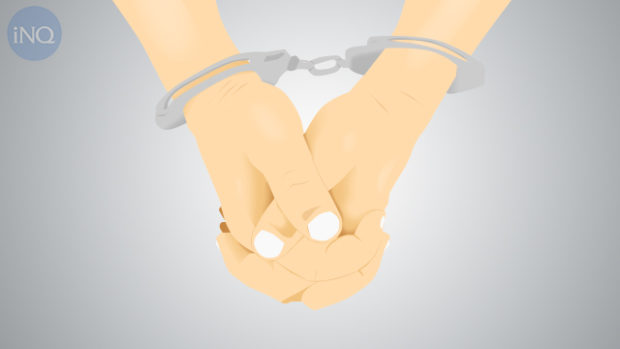 LEGAZPI CITY —- Three policemen and the wife of one of the officers were taken into custody after being caught extorting P2 million from a businessman in Albay province, a police report said on Thursday, Dec. 17.
Arrested were Police Staff Sergeants Jay Quides, Ernan Mullasgo, and Gerald Capuz, all members of the police station in Camalig town; and Melody, the wife of Quides, the report said.
The suspects were caught during an entrapment operation by a joint national, regional, and provincial Criminal Investigation and Detection Group team led by Police Colonel Bayani Razalan, CIDG Bicol chief, in Barangay Salugan, in this City, on Tuesday, Dec. 15, the report added.
The CIDG operat…

Keep on reading: 3 cops, wife of one of the policemen nabbed for P2-M extortion try in Albay

THE PESO strengthened against the greenback on Monday following the stock market’s climb and signals of more inclusive policies in the United States to...
Read more
NEWS

THE PHILIPPINES on Monday said the use of force is prohibited under international law, as China passed a law allowing its coast guard to...
Read more