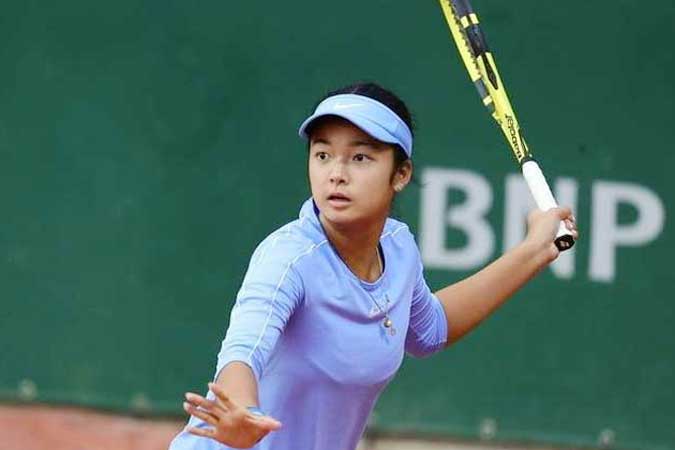 WHILE she is in far away Spain, young Filipino tennis star Alex Eala still has the Philippines in mind, especially now that it has been ravaged by strong typhoons.

Currently competing at the W25 Las Palmas de Gran Canaria at the Canary Islands, 15-year-old Eala shared that she feels for the victims of typhoons Rolly and Ulysses that have hit different parts of the country and that she is praying for their fast recovery.

“… I saw some photos and videos of the flooding from the typhoons which have hit the Philippines in the last three weeks. I pray that everyone recovers fast,” Eala, a Globe brand ambassador, wrote in a post on her Facebook page.

She made her sentiments known as she started her campaign at the W25 Las Palmas de Gran Canaria, which is a pro tournament.

Eala, a scholar of the Rafa Nadal Academy in Mallorca, got her bid on a winning start, upsetting tournament eighth seed and world number 241 Francesca Jones of Germany, 6-3, 7-6 (7-3), on Thursday (Manila time).

Entered the tournament as a wild card, the Filipino ace immediately made waves, holding her own against Jones, who is five years her senior.

Eala had her way in the opening set, but faced stiffer challenge in the second.

But Eala held steady in the tiebreaker to book the win that sent her to the next round, where she would face 21-year-old Belgian Lara Salden.

Despite the limitations presented by the coronavirus pandemic to the tennis scene, and sports in general, Eala has had it solid in 2020.

She captured the 2020 Australia Open Juniors women’s doubles title with playing partner Priska Nugroho of Indonesia in January, then made further history by reaching the semifinals of this year’s French Open Juniors tournament in October.

The good showing saw her continue to ascend in the world rankings and solidify her standing as one of the talents to watch out for.

Eala is hoping to translate such success as well in her career in the pro circuit. — Michael Angelo S. Murillo