Vanguardia believes Brickman will be an asset for any PBA team 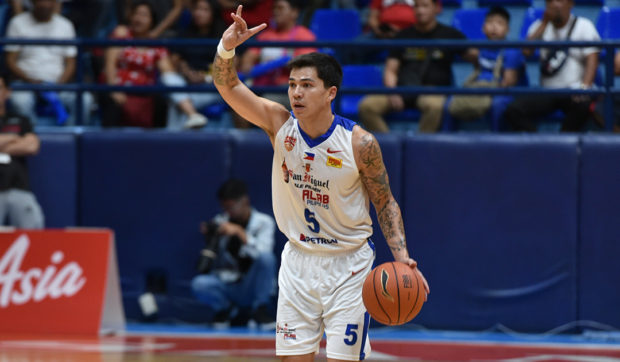 MANILA, Philippines—Jason Brickman’s former coach Ariel Vanguardia has lofty expectations for the savvy passer as he tries to make it to the PBA.
Vanguardia, who had Brickman run the point with the Westports Malaysia Dragons in the ASEAN Basketball League, said the 29-year-old guard has similar qualities to NBA superstars Jason Kidd and Tony Parker.
“His impact to any team who drafts him will be like a Jason Kidd or a Tony Parker. He’s a born leader, a calming presence, and a true point guard armed with his court vision and pinpoint passing,” said Vanguardia as per the PBA’s official website.
Brickman, who leads the early applicants for the 2021 PBA Draft, certainly has the passin…

Keep on reading: Vanguardia believes Brickman will be an asset for any PBA team

WASHINGTON --- During his presidential campaign, Joe Biden vowed to fight for the soul of America. As he formally assumes office as the next...
Read more
NEWS

WASHINGTON --- President Joe Biden spoke for just over 20 minutes after his swearing in on Wednesday (Thursday, PH time). Here are some excerpts...
Read more