US Navy to be ‘more assertive’ in countering China in Pacific 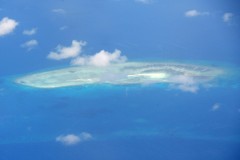 WASHINGTON, United States (AFP) — The US military warned Thursday its warships would be “more assertive” in responding to violations of international law, citing in particular Beijing, which has expansionist ambitions in the South China Sea. In a document setting objectives for the US Navy, Marines and Coast Guard for the coming years, the Pentagon stressed that several countries, notably Russia and China, “are contesting the balance of power in key regions and seeking to […]

THE PESO strengthened against the greenback on Monday following the stock market’s climb and signals of more inclusive policies in the United States to...
Read more
NEWS

THE PHILIPPINES on Monday said the use of force is prohibited under international law, as China passed a law allowing its coast guard to...
Read more