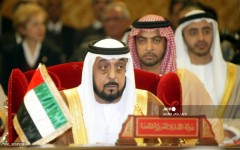 by Shatha Yaish The United Arab Emirates’ President Sheikh Khalifa bin Zayed Al-Nahyan died aged 73 on Friday, state media said, after battling illness for several years. The president of the oil-rich Gulf state, who was rarely seen in public, is likely to be replaced by his half-brother, Abu Dhabi Crown Prince Mohammed bin Zayed, who was already seen as the UAE’s de facto ruler. “The Ministry of Presidential Affairs has mourned to the UAE […]