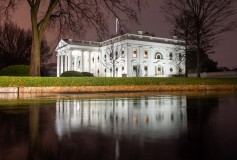 WASHINGTON, United States (AFP) — Two members of Donald Trump’s cabinet resigned Thursday with days left in the administration in protest over the storming of the Capitol by a mob of the president’s supporters. The education secretary and transportation secretary — the only two women in Trump’s inner cabinet — both said they could no longer remain in office after the violent rampage on a ceremonial session of Congress that certified President-elect Joe Biden’s victory. […]