Filipino Live Keeping you up to date with the latest news, opinions, headline, stories, trends & more in the country. Browse the site for up to date information on national, regional and world wide happenings from politics, business, economy, finance, sports, movies, lifestyle, travel, events, food and a lot more
Home NEWS Trump backers look to last-stand protest on January 6 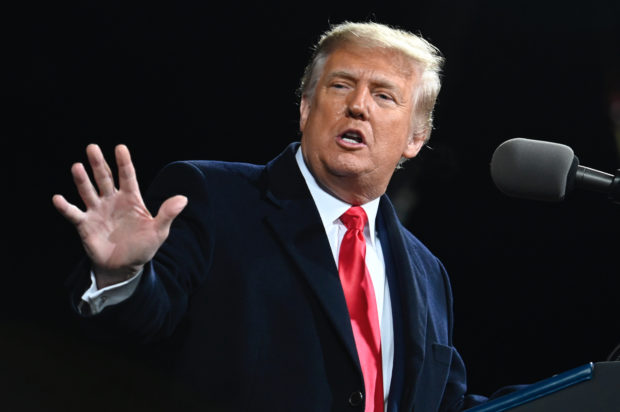 WASHINGTON, United States – President Donald Trump is urging supporters to amass in Washington on January 6 for a last-ditch rally to pressure Congress to not certify Joe Biden’s election victory.

Thousands of supporters from around the country, from the Women for America First group, to StoptheSteal, to the violent Proud Boys, are expected to descend on the US capital pressing Trump’s unsupported claim that massive voter fraud was behind his defeat in the November 3 election.

Trump tweeted twice this weekend urging supporters to attend, labelling the election “the biggest SCAM in our nation’s history.”