Too much photo ops? Robredo says they only want donors know where funds went 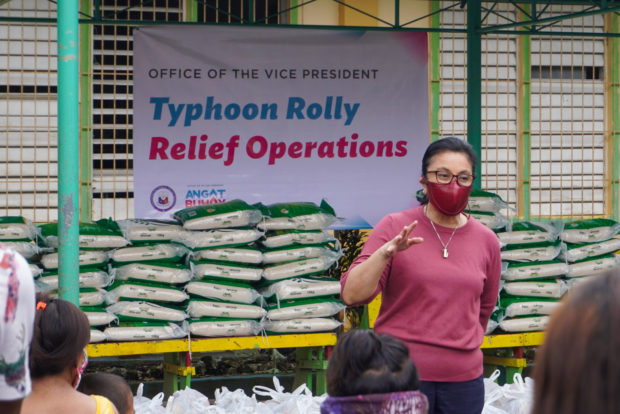 MANILA, Philippines — While Vice President Leni Robredo belied claims that she has been bringing media to her events like relief operations, she admitted that her team has been documenting their activities for an important reason.

According to Robredo, it is a way of showing where the donations made by their private partners and ordinary citizens went, as her office operates mostly on funds from the private sector.

Keep on reading: Too much photo ops? Robredo says they only want donors know where funds went