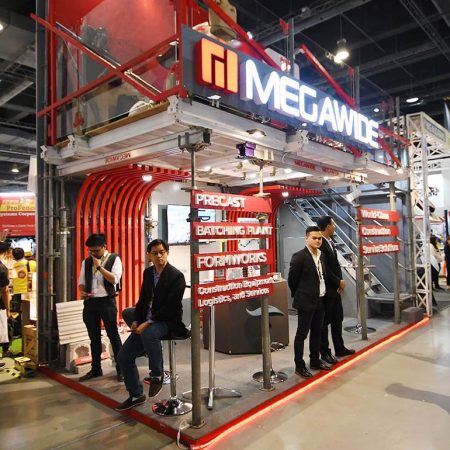 In a disclosure to the stock exchange on Monday, Suntrust said it awarded a P6.29-billion contract to the engineering and construction firm to build the first phase of the hotel casino.

Megawide, in a separate disclosure on Monday, said the contract involves excavation, building the basement substructure and superstructure, and architectural builders works and finishes, among others.

“The company will further update the Philippine Stock Exchange, Inc. once the definitive agreements have been executed by Suntrust and the company,” Megawide said.

Suntrust and its partner Westside City Resorts World, Inc. are co-developing a hotel casino at the Manila Bayshore Integrated City, which will be part of Megaworld Corp.’s Westside City.

The 31-hectare Westside City development is described in its website as a “casino-filled entertainment city” with 4,000 residential units, entertainment facilities and luxury mall and hotels.

The “Main Hotel Casino” of Suntrust, for which it tapped Megawide, is envisioned to have 400 hotel rooms, a casino establishment with 400 gaming tables and 1,200 slot machines, and a parking facility with 960 slots.

Suntrust was previously in the business of real estate development, and started its focus in tourism with the entry of Hong Kong’s Suncity Group Holdings Ltd. as a majority investor last year. The company is now 51% owned by Fortune Noble Ltd., a wholly-owned subsidiary of Suncity Group. — Denise A. Valdez

The head of British drug manufacturer AstraZeneca said on Thursday further research was needed on its COVID-19 vaccine after questions emerged over the protection...
Read more
NEWS

FYEieHvgyy - November 27, 2020 0
The head of British drug manufacturer AstraZeneca said on Thursday further research was needed on its COVID-19 vaccine after questions emerged over the protection...

2 teens die in fire set up by their father in...

Globe doubles up support for Typhoons Rolly and Ulysses victims

2 teens die in fire set up by their father in...