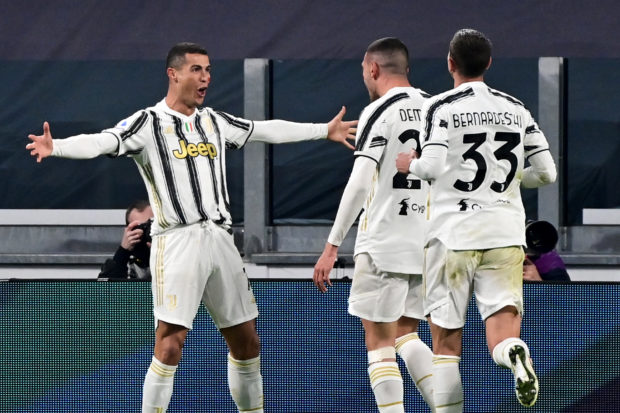 Cristiano Ronaldo scored his third brace in five games as champions Juventus moved up to second place in Serie A on Saturday with a 2-0 win over Cagliari in Turin.
Andrea Pirlo’s side are one point behind leaders AC Milan, who travel to fourth-placed Napoli on Sunday.
Lazio also won 2-0 under torrential rain at Crotone, but Atalanta were held 0-0 at promoted Spezia days before their Champions League trip to Liverpool.
Juventus had been held 1-1 at Lazio last time out — one of four stalemates this season for the nine-time reigning champions — but quickly took charge against the Sardinians.
“We needed a match like this,” said Pirlo.”There were excellent performances, even from thos…