Public warned against use of fake CopperMask 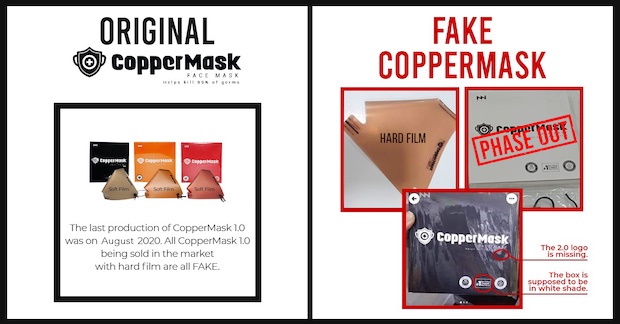 CoppermaskPH has taped the assistance of the National Bureau of Investigation (NBI) to help stop the rampant selling of fake CopperMasks that are mostly being sold in Divisoria and in some social media online stores.

CopperMaskPH is the company that brought to the public the first and the original CopperMask that trended in social media — not only because it’s effective in helping top the spread of bacteria and viruses but also because its users, including various celebrities and prominent public figures, have found them to be fashionable.

But recently, CopperMaskPH has received several customer complaints that some establishments in Divisoria have been selling fake CopperMas…

Keep on reading: Public warned against use of fake CopperMask