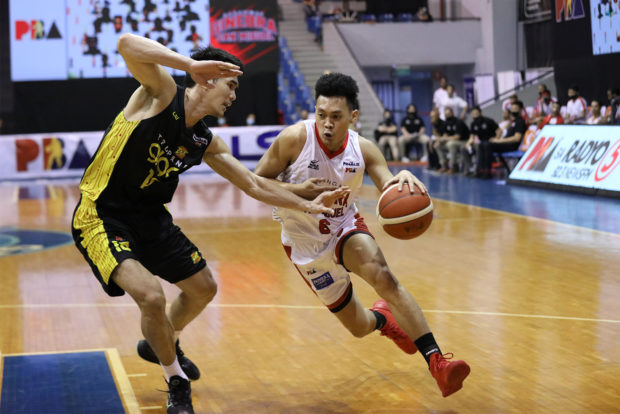 MANILA, Philippines—Scottie Thompson, by all accounts, was having one of the worst games statistically during Game 2 of the PBA Philippine Cup finals against TNT.
Until that one final three-pointer.
With just over 30 seconds left in the game, Thompson got a pass from Stanley Pringle and drilled a game-saving three-pointer from the right corner that put Barangay Ginebra up 87-85.
That was Thompson’s only field goal as he finished with three points, on 1-of-5 shooting, nine rebounds, three assists, and six turnovers.
Despite a horrid shooting from his point guard, Gin Kings head coach Tim Cone never had any doubts that Thompson could make the shot
“When I saw that pass go to him, …

WASHINGTON --- Enrique Tarrio, the leader of the Proud Boys extremist group, has a past as an informer for federal and local law enforcement,...
Read more
NEWS

BERLIN --- "Serious departures" from democratic norms were a core factor in driving the United States to its lowest in eight years on a...
Read more
NEWS

MANILA, Philippines --- A group composed of various global organizations, religious sects, political personalities and other groups has started its goal of investigating the...
Read more

- January 28, 2021 0
WASHINGTON --- Enrique Tarrio, the leader of the Proud Boys extremist group, has a past as an informer for federal and local law enforcement,...