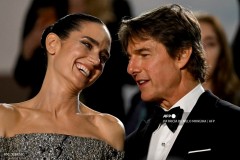 The heirs of an author whose article inspired the 1986 film “Top Gun” have sued Paramount Pictures for copyright infringement, according to court documents. Three decades after the blockbuster original, which was based on Ehud Yonay’s 1983 magazine article “Top Guns”, Paramount released a sequel last month that has topped North America’s box office. In their complaint filed Monday to a California court, Shosh Yonay and Yuval Yonay, the writer’s widow and son who live in […]