Pacquiao to visit, give aid to flood victims 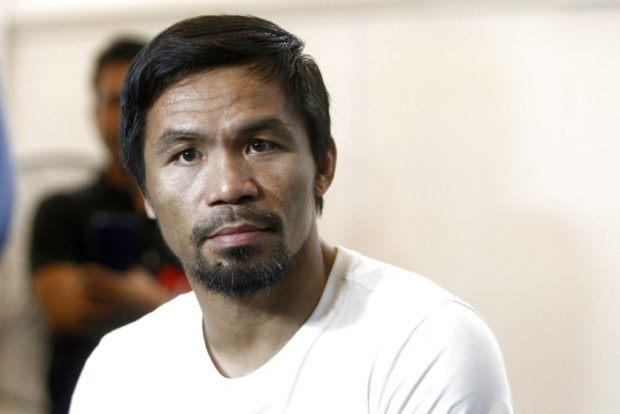 Sen. Manny Pacquiao, whose generosity is as legendary as his boxing career, is set to visit the flood victims of Marikina City and low-lying towns in Rizal province on Tuesday, according to his top aide Jayke Joson.

Joson, who also resides in the city ravaged by Typhoon “Ulysses” last week, acted as the advance party for boxing’s one and only eight-division champion, giving away cash gift to people in the hardest hit areas.

“He called me up and asked if I was OK because he had seen on TV that the area near where I reside was submerged in floodwaters,” Joson said in a statement on Monday.

Keep on reading: Pacquiao to visit, give aid to flood victims