Filipino Live Keeping you up to date with the latest news, opinions, headline, stories, trends & more in the country. Browse the site for up to date information on national, regional and world wide happenings from politics, business, economy, finance, sports, movies, lifestyle, travel, events, food and a lot more
Home NEWS P9.3M in smuggled carrots, broccoli seized in Subic 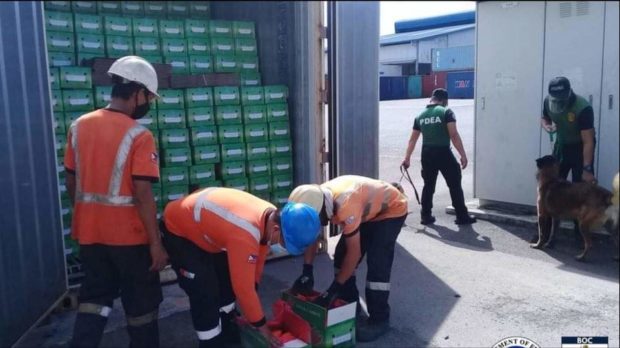 SUBIC BAY FREEPORT—At least 17 shipping containers filled with smuggled vegetables worth P9.3 million were seized here, according to the Bureau of Customs (BOC)

Maritess Martin, collector at the Port of Subic, said the shipments were declared as frozen jams and arrived in the free port in November.

After inspection, the containers were found to contain fresh carrots and broccoli, Martin said in a statement.

She said the shipments’ consignees would be charged with smuggling.
TSB…