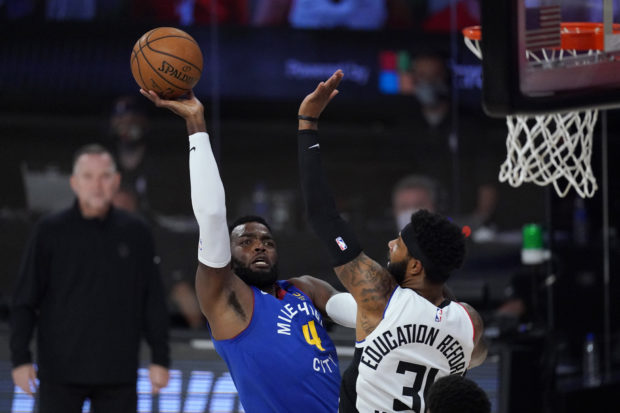 Veteran power forward Paul Millsap agreed to a one-year, $10 million deal to remain with the Denver Nuggets, his agent told The Athletic on Saturday.
Millsap just completed a three-year, $90 million contract with the Nuggets.
The move to retain Millsap comes on the same day forward Jerami Grant departed as a free agent to sign with the Detroit Pistons. Grant reportedly received a three-year, $60 million deal.
The 35-year-old Millsap is a four-time All-Star and has been a steady leader during Denver’s rise to becoming one of the best teams in the Western Conference.
Millsap averaged 11.6 points and 5.7 rebounds in 51 games (48 starts) last season. The scoring and rebounding averages…