No RFID tags by Dec 1? DOTr won’t fine drivers, but only during Christmas season 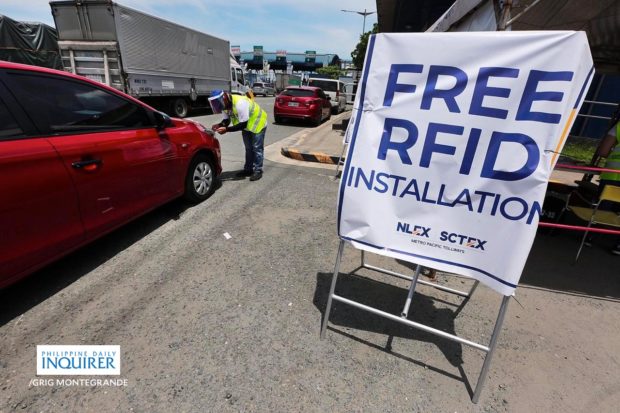 MANILA, Philippines — The Department of Transportation (DOTr) will not fine motorists whose vehicles would not have radio frequency identification (RFID) tags by December 1, 2020 — but only during the Christmas season.

DOTr gave this assurance during Senate deliberations on the proposed 2021 budget of the agency on Tuesday.

During the deliberations, Senator Nancy Binay asked the DOTr about the amount of penalty that will be imposed on motorists whose cars are without RFID stickers.

DOTr officials present at the Senate told senators, through Senate Majority Leader Juan Miguel Zubiri, that they will not impose the penalty during the Christmas season.

Keep on reading: No RFID tags by Dec 1? DOTr won’t fine drivers, but only during Christmas season

CAMP OLIVAS, Pampanga -- The Central Luzon police on Saturday (Dec. 5) announced the capture of a labor leader tagged as the secretary of...
Read more
NEWS

Arjo Atayde has been hailed best actor in this year's Asian Academy Creative Awards (AAAs) for his role in iWant's political thriller "Bagman." In the...
Read more