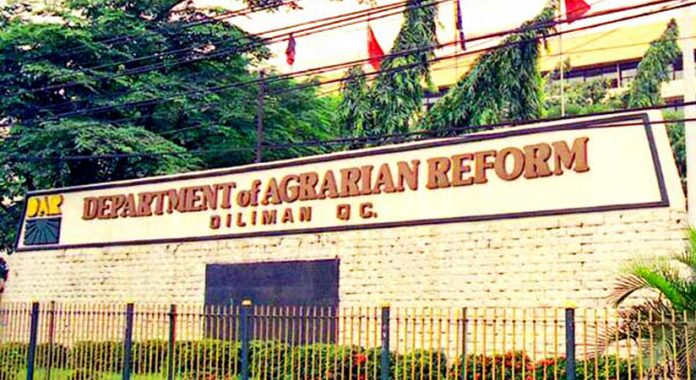 THE DEPARTMENT of Agrarian Reform (DAR) on Thursday launched a project that aims to speed up the distribution of individual land titles to 1.14 million agrarian reform beneficiaries. “Many farmers who were granted lands under the country’s agrarian reform program have been waiting for individual land titles. Some have even waited for decades,” Agrarian Reform Secretary John R. Castriciones said during the the virtual launch of the Support to Parcelization of Lands for Individual Titling (SPLIT) project. DAR will implement the P24.63-billion project, funded by a loan from the World Bank, across 78 provinces until 2024. It will cover a total area of 1.37 million hectares. Under the Comprehensive Agrarian Reform Program (CARP), collective certificates of land ownership were awarded, which need to be subdivided into individual land titles. Mr. Castriciones said apart from the land parcelization, the SPLIT project also involves capability building and project management, and evaluation. DAR will implement the project together with the Department of Environment and Natural Resources, Land Registration Authority, Registry of Deeds, Land Bank of the Philippines, National Commission on Indigenous Peoples, and the Department of Interior and Local Government. — Revin Mikhael D. Ochave

A MEASURE seeking to modernize, professionalize, and improve the compensation of Bureau of Immigration (BI) officials and personnel has hurdled committee approval in the House of Representatives. The committee on appropriations approved on Wednesday the proposed BI Modernization Act, a consolidation of several bills replacing the 1940 immigration law, also known as Commonwealth Act No. 613. The measure redefines the powers and functions of the immigration bureau, its commissioner, two deputy commissioners and other officials, and directorates and offices under it. It also upgrades the salaries of BI officers and personnel. House Deputy Speaker Rufus B. Rodriguez, one of the bill’s principal authors, said on Thursday the proposed law aims to make the BI “more responsive to the challenges and developments of migration and immigration, which require streamlining and modernizing the bureau and expanding its powers and functions.” Several BI officers and employees have recently been suspended and facing graft charges for an alleged bribery scheme wherein Chinese nationals were allowed to enter the country without going proper documentation. — Kyle Aristophere T. Atienza

THE Commission on Appointments (CA) on Thursday confirmed Eduardo D. del Rosario as secretary of the Department of Human Settlements and Urban Development. His confirmation was previously deferred thrice over several issues, including the department’s plans on Marawi City’s rehabilitation. “Not a stranger to equally difficult and Herculean tasks, he is also the head of the Task Force ‘Bangon Marawi’. The task force was created in June 2017 in the aftermath of the Battle of Marawi,” Senator Francis N. Tolentino said during the CA meeting. The Commission also confirmed the nomination of Vice Admiral Erick A. Kagaoan and seven other senior officers as well as the appointment of 52 other officials of the Armed Forces of the Philippines. When asked about military response on a draft Chinese law expanding its coast guard’s authority over the South China Sea, Mr. Kagaoan said concerns will first have to be settled through diplomatic means. “I’m sure those reports are being validated by the national task force west Philippine sea and issues like these are usually being handled first diplomatically,” he said during the CA deliberation. It was reported the draft law will authorize the Chinese coast guard to demolish constructions led by foreign entities in Chinese-claimed reefs. “Our duty is very clear — to protect the people and secure the sovereignty and integrity of our national territory. We will remain in the area for maritime domain awareness and maritime presence,” he said. — Charmaine A. Tadalan