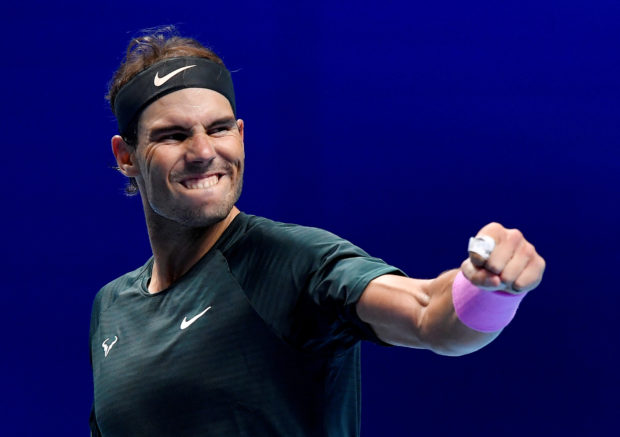 LONDON—Rafa Nadal’s hopes of winning the year-ending ATP Finals for the first time live on after the Spaniard beat defending champion Stefanos Tsitsipas 6-4 4-6 6-2 on Thursday.

The last round-robin match in the London Group had become a straight knockout with both men having lost to Dominic Thiem and beaten Andrey Rublev earlier in the week.

But it was Spaniard Nadal who always appeared the more likely winner despite a lapse which allowed Tsitsipas to extend the contest into a decider at a near-deserted O2 Arena.

After a flurry of service breaks at the start of the third set, the 34-year-old Nadal showed all his experience to pull away and reach the semi-finals for the fi…