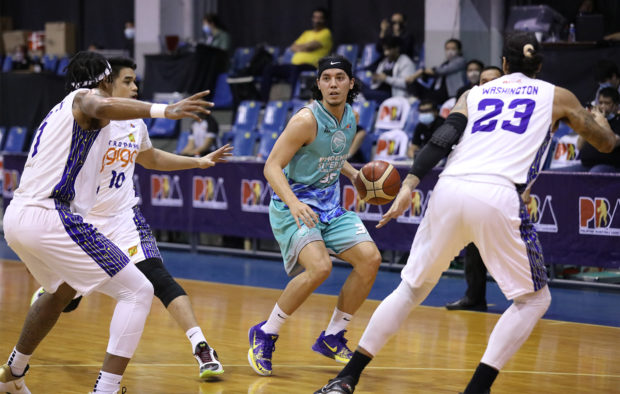 A cursory look at Matthew Wright’s numbers in the PBA Philippine Cup semifinals would give people enough reason to think that Phoenix must be currently flailing in quicksand in its showdown with TNT right now.

Wright, the Fuel Masters top gun and perhaps the player to beat for this extraordinary season’s MVP trophy, averaged 22.8 points per game entering the playoffs (second in the league), while chipping in 5.4 rebounds and six assists in about 41 minutes a night. He had been shooting 45 percent from the field and 38 percent from beyond the arc.

In two games against the Tropang Giga, the national team standout has played an average of 11 minutes, making two points a game. He hasn’…

Keep on reading: It will take more than one player—or one statistical department—to boost teams bracing for crucial tie-breaking Game 3

MANILA, Philippines --- Cagayan Gov. Manuel Mamba associated the supposed lack of Muslims in his province with the peace and order prevailing there during...
Read more

Cagayan gov apologizes for equating absence of Muslims with peace and...

Cagayan gov apologizes for equating absence of Muslims with peace and...