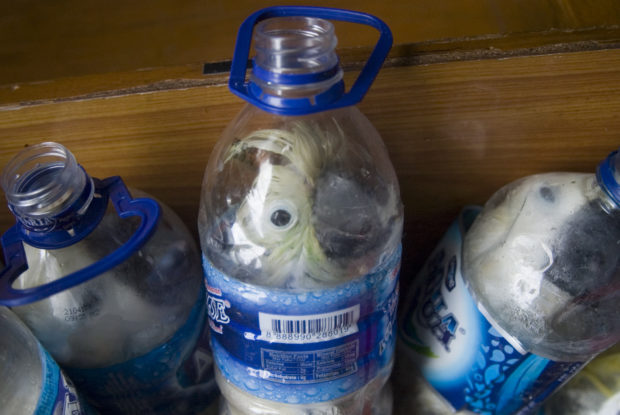 Police in the town of Fakfak said the vessel’s crew reported hearing noises coming from a large box where 64 live black-capped lories and another 10 dead birds were found Thursday morning.

Black-capped lories are a type of parrot native to New Guinea and nearby smaller islands.

“The ship’s crew told us that they suspected there were animals inside the box as they heard strange noises,” said local police spokesman Dodik Junaidi.

No arrests had been made so far and the birds’ intended destination was unclear, …