In battle of gunners, TNT hopes defense holds up 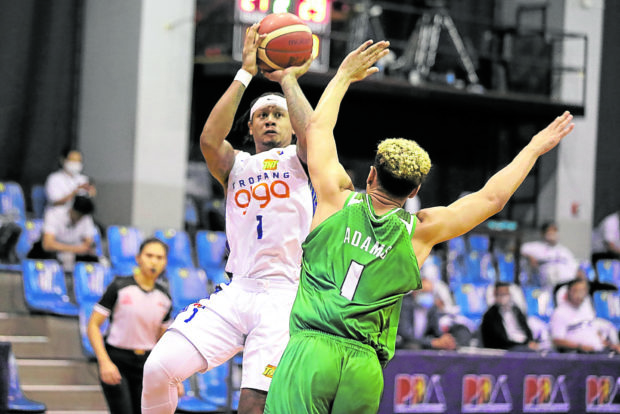 SMART CLARK GIGA CITY — Facing a much-improved enemy, TNT hopes it has been able to make out of its tweaks and calibrations when it plunges into semifinal action with Phoenix Super LPG this Wednesday.

Coach Bong Ravena hopes his charges have shed their iffy habits on defense, especially against a Fuel Masters side that has become deadlier with Calvin Abueva.

“I just hope for consistency. Our offense could take care of itself,” he told the Inquirer. “It’s simple. If we make stops, we get to execute. So we’re really more concerned with how we make stops.”

Such a guarded approach was shared by Roger Pogoy, Tropang Giga’s dead-eye shooter who has emerged as the team’s most pot…

Keep on reading: In battle of gunners, TNT hopes defense holds up

The Philippine local currency bond market grew to P8.13 trillion ($168 billion) in the third quarter on the back of the increase in issuances...
Read more
NEWS

The government’s fiscal gap ballooned year-on-year to P61.4 billion in October amid lower revenues and expenditures during the month, according to the Bureau of...
Read more