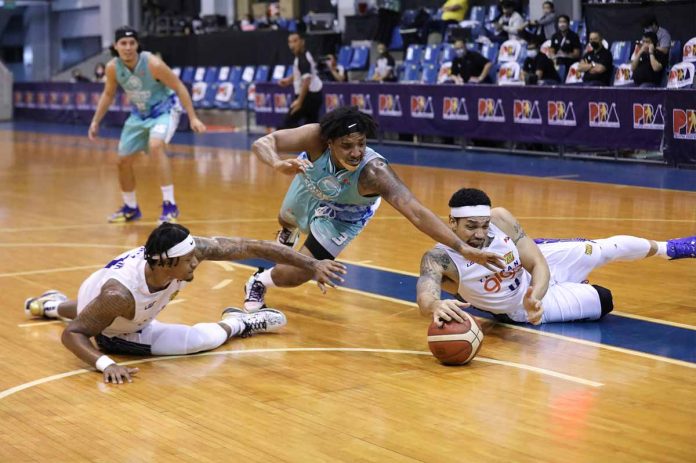 THE reinvigorated Phoenix Super LPG Fuel Masters will try to gain control of their best-of-five semis series against the TNT Tropang Giga in the PBA Philippine Cup at 3:45 p.m. today, November 22, at the Angeles University Foundation (AUF) Sports and Cultural Center in Angeles, Pampanga.

Phoenix is coming off a 110-103 Game 2 win against the Tropang Giga last Friday courtesy of Calvin Abueva’s 20 points and 15 boards.

Phoenix mentor Topex Robinson said the win was a morale-booster after a frustrating 92-95 loss to TNT in Game 1.

“TNT has been a bit of a problem in front of us, for us to reach the finals and one way or another we have to face the problem,” said Robinson, adding, “We just have to give our very best. No guarantee of winning, but as long as we know in our hearts that we gave our best then that’s it.”

Phoenix showed that they can challenge the powerhouse TNT even with the limited minutes of play of MVP-contender and the team’s leading scorer Matthew Wright, who missed most of Game 1 and 2 due to a sprained right ankle.

“Hopefully, we can get Game 3. But, again, we have to remind ourselves to always be hungry and always make sure that we are grounded, and it will take all of us to again beat a team like TNT,” Robinson said.

Wright suffered the injury early in Game 1 and played only a little over 15 minutes in Game 2. The Fuel Masters are hoping he will recover fully in time for the pivotal Game 3.

TNT is pinning its hopes on Cebuano guard Roger Pogoy, who struggled in Game 2, shooting just 5-of-15 from the field.

All-around guard Ray Parks Jr. had a career-high of 41 points but still not enough to save TNT.

In the other semis matchup, the Meralco Bolts- Barangay Ginebra Gin Kings rivalry intensifies as the series wind down to three more games. The Bolts tied the series at 1-all after a convincing 95-77 Game 2 victory.

Meralco attributed the win to its containment of the Gin Kings’ lethal guards Stanley Pringle and Scottie Thompson.

The Bolts will try to sustain their winning momentum in Game 3 with Chris Newsome, Reynel Hugnatan, Allein Maliksi, Raymond Almazan and Baser Amer in the forefront of their assault on Ginebra.

“We made a few adjustments and the guys executed very well. We had a lot more balance in this game, with a lot of guys scoring. That gave us a big lift,” said Meralco coach Norman Black.

Velasco did not meddle in agency realignments under 2021 budget — Yap

MANILA, Philippines --- Speaker Lord Allan Velasco did not have a hand in realigning the funding of agencies under the proposed 2021 budget, the...
Read more
NEWS

Physical distancing in events a must, but hard to enforce at times—Galvez

- November 30, 2020 0
MANILA, Philippines --- Speaker Lord Allan Velasco did not have a hand in realigning the funding of agencies under the proposed 2021 budget, the...