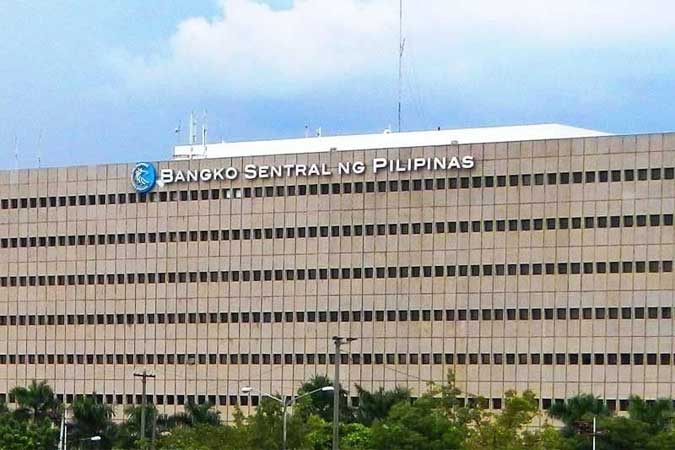 THE CENTRAL BANK will likely observe a pause in its rate easing with liquidity ample, but it could be keeping another reduction in reserve to boost growth pending a further easing in the quarantine sometime next year, HSBC (Hongkong and Shanghai Banking Corp. Ltd.) said.

“We expect the BSP (Bangko Sentral ng Pilipinas) to keep its policy rate steady for the rest of the year and forecast a 25-basis points (bps) rate cut to 2% in the first quarter of 2021, as mobility restrictions are loosened further and the BSP looks to provide a boost to growth,” Noelan Arbis, an HSBC economist said in a note.

Mr. Arbis’ view is in line with 11 out of 16 analysts polled by BusinessWorld who are also expecting a “prudent” pause when the Monetary Board meets Thursday.

So far, the BSP has reduced rates by 175 bps, bringing down the overnight reverse repurchase, lending, and deposit facilities to record lows of 2.25%, 2.75%, and 1.75%, respectively.

Lending growth in September was 2.8%, the lowest since the 2.4% increase in June 2007. Banks were cautious and tightened credit standards to minimize bad loans with the pandemic still hanging over the economy.

“We see a containment of the virus domestically and a re-opening of the economy as prerequisites before additional rate cuts could have their full effect,” Mr. Arbis said.

The central bank is also unlikely to lower the reserve requirement ratio (RRR) as well, Mr. Arbis said, despite recent signals from the BSP. Bloomberg reported last week that the central bank believes that benign inflation will give it room for further reducing the RRR.

Reserve requirements of major banks have been reduced by 200 bps this year to 12% while those of thrift and rural lenders are at 3% and 2%, respectively. The BSP is authorized to reduce the RRR by up to 400 bps this year.

“We believe the timing is not yet right to release additional liquidity. Banks have shown that they are more than willing to park their excess reserves in interest-bearing facilities (i.e. term-deposit facilities), which the BSP has to pay,” Mr. Arbis said. — Luz Wendy T. Noble