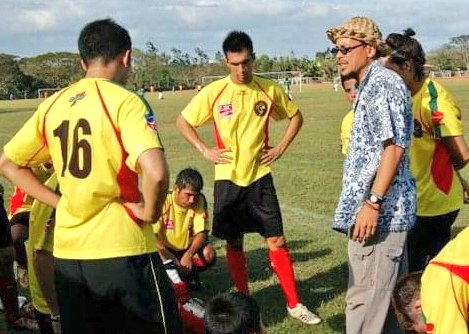 MANILA, Philippines—Rudy del Rosario, former skipper of the Philippine men’s national football team, passed away on Friday. He was 51.
A member of the fourth place finishers in the 16th Southeast Asian Games, Del Rosario went on to wear the armband from 1994 to 1997.
Del Rosario also transitioned to futsal wherein he represented the Philippines in the AFF Futsal Championship in 2001.
PFF President Mariano “Nonong” Araneta, Jr. expressed his condolences to Del Rosario’s family, describing his former national teammate as one of the country’s footballing legends.
“Philippine football lost one of its legends in Rudy Del Rosario who not only made an impact with his play on the pitch b…