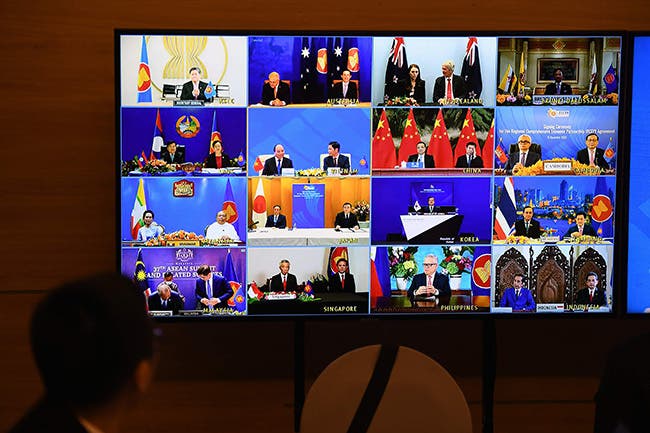 The Philippines and 14 other countries will benefit from the Regional Comprehensive Economic Partnership (RCEP) agreement that was recently signed after eight years of negotiations, a Fitch unit said in a report.

“We believe that over the long term, the positive impact of the trade pact will include increased market access and variety of goods and services for participants, as well as improved prospects for regional economic cooperation,” Fitch Solutions said on Monday.

“These will far outweigh potential negatives arising from increased competition that domestic businesses would face as a result of the trade pact,” it added.

First proposed in 2012, the deal was finally sealed at the end of a Southeast Asian summit on November 15.

According to Fitch Solutions, RCEP will reduce tariffs and establish rules in around 20 areas, including cross-border data flows.

It added that the trade deal will also remove duties on 61 percent of imports from Association of Southeast Asian Nation member-states, Australia and New Zealand; 56 percent from China; and 49 percent from South Korea.

“More importantly, the RCEP will simplify rules and procedures within a single arrangement for the many Asean ‘plus one’ free trade agreements (FTA) that currently exist, which should improve trade efficiency,” said Fitch Solutions.

“It would also solve the problem of Asean being saddled with complicated rules spanning multiple FTAs (free trade agreements), which stipulate different rules for each country,” Fitch Solutions added.

In a similar development, the Trade department said the final conclusion and signing of the RCEP Agreement in this time of pandemic and global uncertainties will signal a renewed vow in a rules-based system for trade and investment.

Trade Secretary Ramon Lopez said in a separate statement the agreement offers wider market opportunities for the country’s exporters and services providers, with RCEP participating countries accounting for more than 50 percent of the country’s export market.

”RCEP has improved levels of market access among each other but still provides flexibility for the Philippines’ sensitive products, which are mostly agricultural products, through the exclusion list,” Lopez said.

According to Lopez, the signing of RCEP also provides a specific chapter in the agreement dedicated to the institutionalization of support and cooperation geared towards inclusive growth that will benefit micro, small and medium enterprises.

Other benefits expected from RCEP include simplified and business friendly customs procedure for trade, time-bound consultations for resolving issues and concerns on trade measures, enhanced cooperation on e-commerce, and stronger protection and enforcement of intellectual property rights.

“While countries are severely affected by the pandemic and with trade measures focused towards recovery, it is important that we remain resolved in building a wider free trade area in the region that gives stability, predictability, and confidence to investors and businesses,” Lopez said.

MANILA, Philippines --- Senator Sherwin Gatchalian on Thursday urged the government to ensure interventions that would guarantee the safety of young girls in evacuation...
Read more
NEWS

Need a fast connection? No worries, Grab and Globe At Home Have Got You Covered!

Paying bills and purchasing necessities with the use of e-wallets have been a growing trend especially in a time where most people are still...
Read more
NEWS

- November 26, 2020 0
MANILA, Philippines --- Senator Sherwin Gatchalian on Thursday urged the government to ensure interventions that would guarantee the safety of young girls in evacuation...