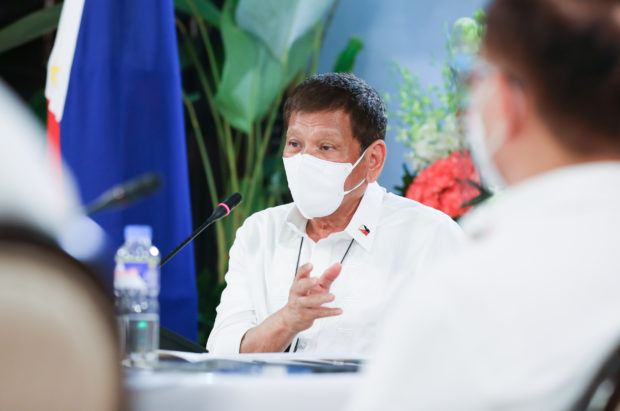 MANILA, Philippines — President Rodrigo Duterte on Tuesday night threatened to get in the way of Vice President Leni Robredo if she decides to seek the presidency in 2022.

In a televised speech meant to discuss the government response to the COVID-19 pandemic and the recent spate of typhoons, Duterte lashed out at Robredo for allegedly criticizing him for his absence during the onslaught of Typhoon Ulysses.

Duterte accused the Vice President of lying to the Filipino people for making it appear that he was missing in action while Filipinos bore the brunt of strong winds and rains brought by the typhoon.

Keep on reading: Duterte threatens to be Robredo’s ‘nightmare‘ if she runs for president