Filipino Live Keeping you up to date with the latest news, opinions, headline, stories, trends & more in the country. Browse the site for up to date information on national, regional and world wide happenings from politics, business, economy, finance, sports, movies, lifestyle, travel, events, food and a lot more
Home NEWS Duterte: I didn’t kill anyone, but past loves in my heart 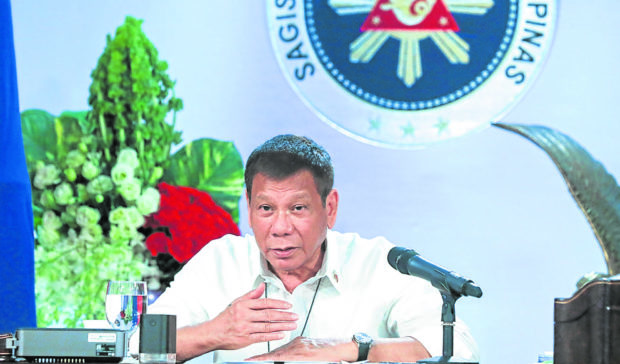 MANILA, Philippines — President Rodrigo Duterte attempted to make light of accusations that crimes against humanity were committed under his term, saying he did not kill anyone but past loves in his heart.

Duterte, during his pre-recorded address on Wednesday, said that he never ordered the police to summarily execute drug suspects, a central point of allegations that extra-judicial killings took place during the conduct of the government’s war against illegal drugs.

Duterte’s statements came a day after the International Criminal Court (ICC), which received a complaint filed against him in 2018, said there is sufficient basis to believe that crimes against humanity were committe…

Keep on reading: Duterte: I didn’t kill anyone, but past loves in my heart