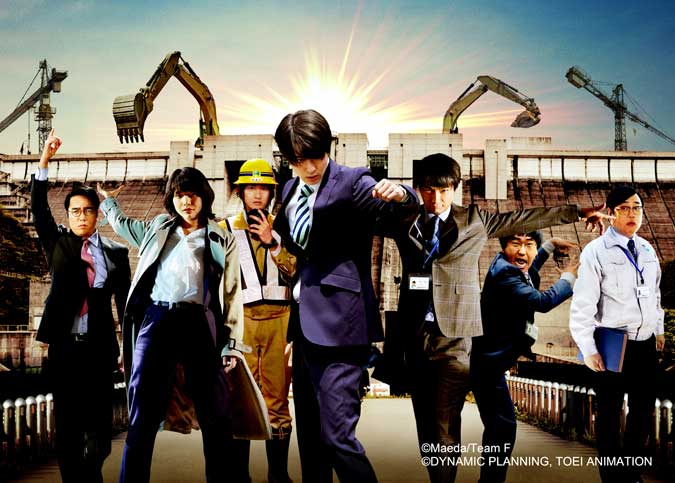 THE POPULAR Japanese Film Festival (formerly known as Eiga Sai) has shifted to online for this year’s edition, though the opening film will follow in the steps of Cine Europa and be shown at the new SM Cinema by the Bay drive-in theater at the Mall of Asia in Pasay City on Nov. 20 and 22.

“In this time when we can’t go out and visit places, films allow us to take glimpses into new worlds, experience things, see places and gain new perspectives while staying safe in the confines of our homes. Online movies have become the trend because of the pandemic and the Internet as its venue for instant exchange of information and culture,” Ben Suzuki, director of the Japan Foundation Manila, said during a press conference held via Zoom on Nov. 11.

“There’s no better time to harness the power of art than now,” he added.

The festival, called Japanese Film Festival Plus, runs from Nov. 20 to 29 and will feature 28 classic and contemporary Japanese films which will be streamed for free on the festival website (https://watch.jff.jpf.go.jp/).

For those wondering why the change in the festival’s name, the Japan Foundation Manila said that the festival — which has iterations in other Southeast Asian countries, Australia, India, China, and Russia — started rebranding under one unified name: Japanese Film Festival. The Philippines bid goodbye to Eiga Sai in March and welcomed the new festival name. The festival is organized by the Japan Foundation Asian Center in partnership with JT International (Philippines), the Film Development Council of the Philippines, the Embassy of Japan in the Philippines, and SM Cinema.

The opening film is the live action adaptation of well-loved mecha anime Mazinger Z which aired from 1972 to 1974. The 2020 film, Project Dreams — How to Build Mazinger Z’s Hangar by Tsutomu Hanabusa, revolves around a group of office workers who decide that they will build the Mazinger Z and thus begin living in an imaginary anime world as they continue their quest of building the robot. While all of the other films in the festival are free, the opening film has a P100 admission fee which includes popcorn, beef franks, and bottled water.

The film festival slate includes films from several genres, from classic and contemporary Japanese films, anime (Japanese animations), and documentaries. The film selection, according to Mr. Suzuki, was designed to let people enjoy because “in this situation, we have to stay at home, so maybe you have many stresses and a depressed mood already.”

“I think the tendency in selecting films this year is more entertainment-oriented. So please enjoy,” he explained.

Some of the documentaries in the festival are: Peace (2010) by Kazuhiro Soda, Tora-san in Goto (2016) by Masaru Oura, and Tsukiji Wonderland (2016) by Naotaro Endo.

To reserve tickets for the drive-in screening of Project Dreams — How to Build Mazinger Z’s Hangar,  visit https://www.smtickets.com/events/view/9516. The Japanese Film Festival runs from Nov. 20-29. Each film will be available for 24 hours on the festival website (https://watch.jff.jpf.go.jp/). To view the full schedule of the films, visit http://jff.jpf.go.jp/ or the JFM website (http://www.jfmo.org.ph) or follow their social media accounts. — Zsarlene B. Chua

MANILA, Philippines --- San Juan City is eyeing to increase the dine-in capacity of restaurants and other food establishments from 50 to 70 percent.   "Mayroon...
Read more
NEWS

MANILA, Philippines --- Some P6.8 million worth of learning modules were destroyed in Marikina City after it was hit by massive flooding triggered by...
Read more
NEWS

- November 27, 2020 0
MANILA, Philippines --- San Juan City is eyeing to increase the dine-in capacity of restaurants and other food establishments from 50 to 70 percent.   "Mayroon...