‘Do not compete with me’: Duterte slams Robredo over typhoon response issues 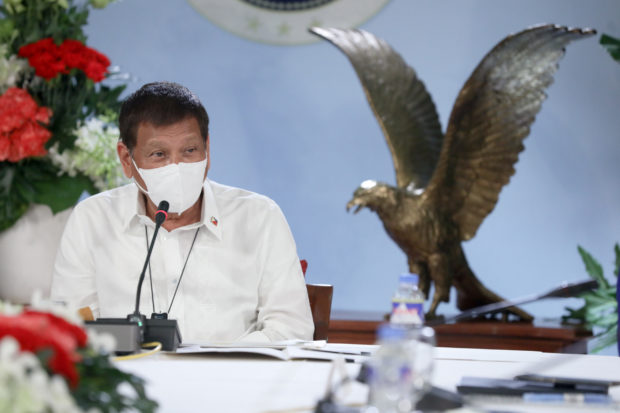 MANILA, Philippines — A visibly irked President Rodrigo Duterte on Tuesday night lashed out at Vice President Leni Robredo for her alleged “grandstanding” and criticism of the government’s response to the onslaught of Typhoon Ulysses.

In a televised speech, Duterte said Robredo lied to the Filipino people when she supposedly questioned his absence at the height of the storm.

“I would like to give a caution to the Vice President. She made a blunder, a big one, and she practically lied, making her incapable of truth. Iyong pakana niya na wala ako noong bagyo, I was here. I was attending the ASEAN Summit,” Duterte said.

Keep on reading: ‘Do not compete with me’: Duterte slams Robredo over typhoon response issues