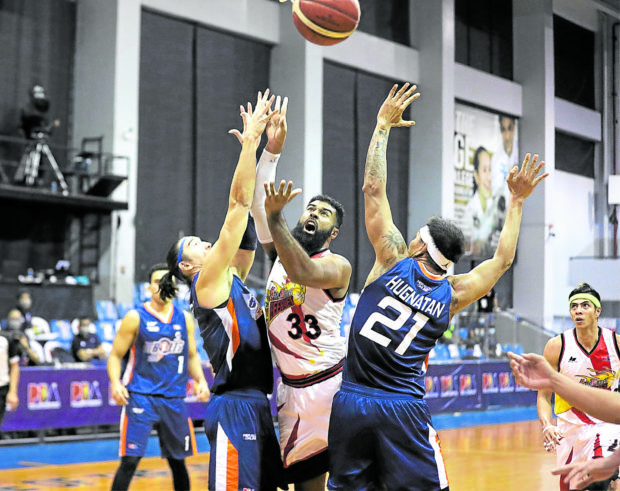 San Miguel Beer coach Leo Austria’s sigh was so pronounced you could hear it even with his face mask and shield on.

After being mangled back-and-blue by an enemy that practically didn’t feel any pressure from the Beermen at all on Sunday night, one would readily understand why Austria was like that.

San Miguel—depleted, exhausted and some say lacking in intensity that very important night—suffered a 90-68 beating at the hands of Meralco, as the Beermen’s half-a-decade reign in the PBA Philippine Cup came to a screeching, unceremonious halt at Angeles University Foundation powered by Smart 5G.

Keep on reading: Dismantling a dynasty