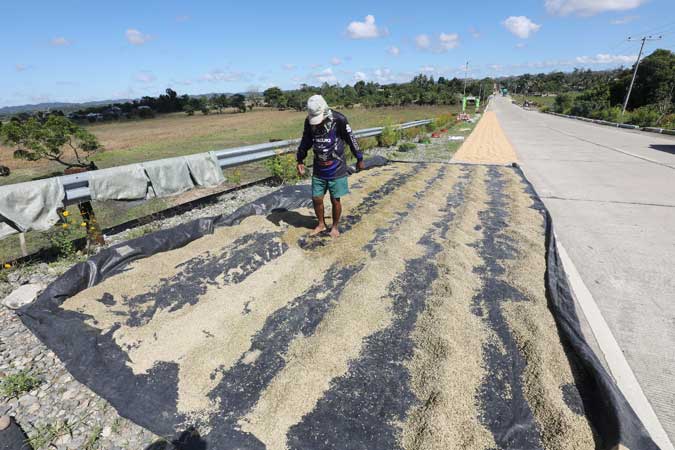 THE RECENT SPATE of strong typhoons that devastated many rice and corn fields in northern Luzon will likely dampen the country’s agriculture output in the fourth quarter, experts said.

“For the fourth quarter, the agriculture sector will feel the cumulative effects of the past typhoons that came during the months of October and November, which has been punctuated by Ulysses,” Pampanga State Agricultural University professor Roy S. Kempis said in an e-mail interview.

Cagayan Valley, which accounted for 6.7% of the country’s total agriculture output in 2019, experienced massive flooding last week at the height of typhoon Ulysses.

“Cagayan Valley is a major producer, at 2.30 million metric tons (MT) yearly average from 2014 to 2019. As the damage assessment unfolds, it is possible that irrigation infrastructure could be a limiting factor for early recovery. We should look at this and the (other) factors of production, especially seeds,” Mr. Kempis said.

Data from the Philippine Statistics Authority (PSA) showed Cagayan Valley produced 2.64 million MT or 14.1% of the country’s total palay, or unmilled rice, output of 18.81 million MT in 2019. Half of the region’s rice production came from Isabela, followed by Cagayan which accounted for 34%.

Glenn B. Gregorio, director of Southeast Asian Regional Center for Graduate Study and Research in Agriculture (SEARCA), estimated that a minimum of 880,000 MT of the Cagayan Valley’s projected rice production for the fourth quarter was lost due to the recent typhoons.

“For the fourth quarter of 2020, rice was estimated to have increased by 7% in Cagayan Valley, with total projected production of 1.02 million MT. However, the massive flooding in Cagayan Valley due to Typhoon Ulysses has resulted in a minimum of 12% loss,” Mr. Gregorio said in an e-mail.

As of Wednesday morning, official figures from the Department of Agriculture (DA) showed that Cagayan Valley Region reported P946.05 million worth of agricultural losses so far. Rice damage amounted to P759.80 million, with 44,698 MT of lost production volume, and 22,051 hectares of affected farmland.

Among provinces in Cagayan Valley, Cagayan Province recorded the most rice losses during Typhoon Ulysses at P370.30 million, followed by Isabela at P290.82 million, Nueva Vizcaya at P90.31 million, and Quirino at P8.36 million.

Federation of Free Farmers (FFF) National Manager Raul Q. Montemayor said most of the farmers affected by Typhoon Ulysses are those who harvested late.

“Definitely there’s a lot of damage, specifically for palay. However, harvest time for rice is almost finished. For sure, there are still farmers who were affected by the typhoon, like those who harvested their crops late. But I think the bulk of the palay has already been harvested before the typhoons,” Mr. Montemayor said in a mobile phone message.

Latest DA data showed total losses to corn crops caused by Typhoon Ulysses in Cagayan Valley reached P127.57 million, the bulk of which were in Isabela.

“Normally, the country’s dry season corn harvest reaches 2.5 million MT. Due to the effects of the typhoons, it may have affected around 10% of the estimated harvest,” Mr. Navarro said in a mobile phone message.

Pampanga State’s Mr. Kempis added that Cagayan Valley produced an average of 1.74 million MT of corn from 2014 to 2019.

“The opening of new yellow corn lands could be a limiting factor for early recovery and new investment. Conversion of uplands including forest lands was referred to as one of the reasons for the massive flooding in the region,” Mr. Kempis said.

FFF’s Mr. Montemayor said corn farmers will have a hard time to recover after the typhoons.

“Corn was heavily affected because by this time, corn farmers have already planted in their area. I’m guessing their crops are already one to two months old. Those were washed out by the typhoons,” Mr. Montemayor said.

LINGERING EFFECTS
Mr. Kempis said the agriculture sector will continue to see lingering effects from the typhoons, such as less corn and rice output, a later cropping period for farmers depending on the recession of floods and repair of irrigation and agricultural facilities, and an increase in farmgate and feed prices.

“The cost of the typhoon’s wrath includes both the short- and long-term impacts, and it is the latter that must also be given due attention as it clearly points to the need for us to build back better sooner,” Mr. Gregorio said.

DAMAGE HITS NEARLY P4B
As of Wednesday, the DA said total losses due to Typhoon Ulysses has increased to P3.84 billion, higher than its previous estimate of P2.71 billion.

Rice accounted for 50% of total agricultural damage, followed by high-value crops at 21%, fisheries at 19%, and other subsectors at 10%.

Losses to high-value crops reached P795.74 million, while damage to corn was estimated at P365.68 million.

The Philippine economy is expected to perform better in the fourth quarter of 2020 after the country’s industrial production and exports showed improvements in...
Read more
NEWS