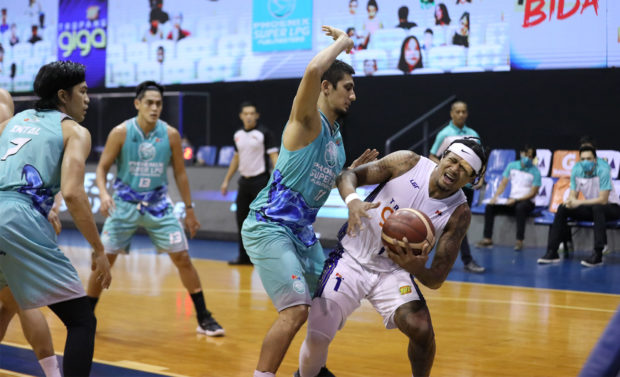 MANILA, Philippines—Bobby Ray Parks Jr. was a napalm burst for TNT in its Game 2 matchup against Phoenix in the PBA Philippine Cup semifinals, but as he was tearing nylon with every shot he took his team wasn’t as lucky.
The Fuel Masters may have allowed Parks to torch them for 41 points, on 10-of-14 shooting from deep, the Tropang Giga failed to follow suit as they fell 110-103 to Phoenix for a tied series at 1-1.
Phoenix head coach Topex Robinson said that he and his team know Parks’ scoring prowess, but he’s not in a hurry to change his defensive game plans and focus solely on the high-volume scorer.
“We know that Rayray could really light it up,” said Robinson Friday at Angele…